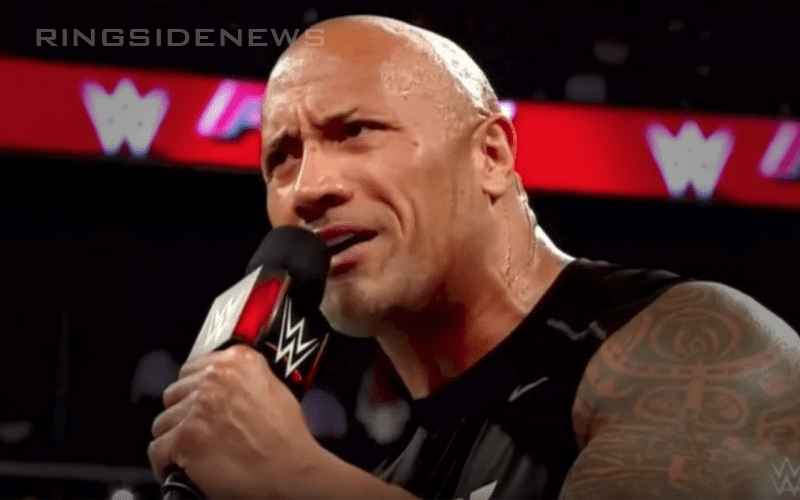 The Rock has’t been able to work a match in WWE for a very long time due to his Hollywood obligations. Now he’s admitting that he did actually retire.

During an appearance on Live With Kelly And Ryan, The Great One spoke about his WWE career and how much he misses it. However, he also said that he quietly retired from professional wrestling.

He also noted how he couldn’t have achieved the level of success he has reached without his days in the ring. That doesn’t change the fact that although he might carry on with WWE if he could that is an impossible request right now.

“I miss wrestling, I love wrestling. Yes, I do.”

“I quietly retired from wrestling because I was lucky enough to have just a really wonderful career and accomplish what I wanted to accomplish, but there’s nothing like a live crowd, a live audience, a live microphone as you both know. Plus, I grew up in wrestling. For a lot of you guys that don’t know, my grandfather wrestled, my dad as well, my whole family. And I actually had my very first match ever in the WWE, was in Madison Square Garden and it was a big pay-per-view, and it was funny because I credit my time and my journey in pro wrestling to getting me to where I am at today,”

Perhaps The Rock will be able to appear for WWE once again soon. It’s not likely that he will actually wrestle though. Because movie studios have a lot of money riding on his name as a box office draw.

At least fans can re-live all of the moments The People’s Champ had in the ring by re-watching his old matches and segments. There’s always the chance that he could show up on SmackDown’s move to Fox if WWE can pull it off. However, it’s not very likely that he will be creating any new memories in the ring any time soon.