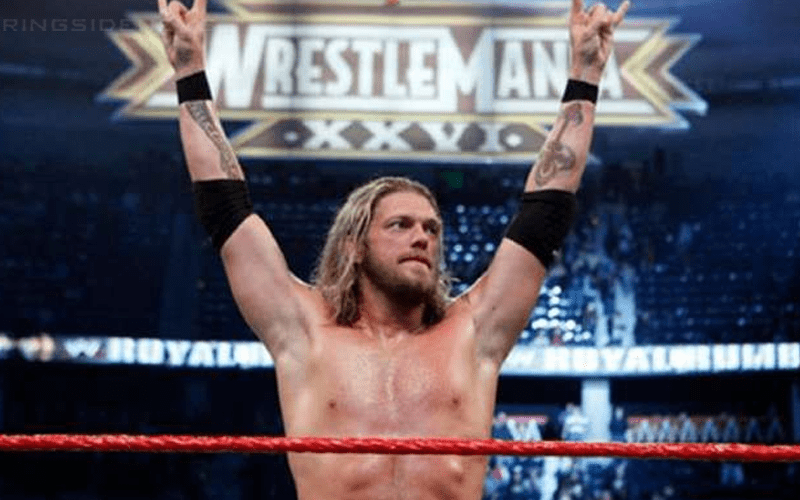 WrestleMania is a time when certain Superstars will receive a special entrance to highlight their participation in the event. Edge never received such an honor, but he has his reasons.

During a recent Q&A episode of E&C’s Pod Of Awesomeness, Edge was asked why he never had Alter Bridge play him to the ring for WrestleMania. After all, they did his entrance music for years and Edge never received a special WrestleMania entrance.

The Rated R Superstar had a very good reason why this never took place.

“We had talked about it, but the way it had worked out is that I was always a heel and I really believe that a heel shouldn’t have a badass band playing them to the ring. Because you’re gonna cheer that, it’s cool.”

“I don’t know, I see Triple H going out and high-fiving with Lemmy and Motorhead and I go, ‘what’s there to hate?’ If you’re a heel to me, you do everything within your power to be a heel and having a kickass metal band or a kickass rock band out there singing you to the ring, that’s tough to hate and that was just my mentality on that.”

Edge said he would have loved to have Alter Bridge play him to the ring live during a WrestleMania, but it never worked out with his angle or Alter Bridge’s touring schedule. He said the only time it could have possibly worked is WrestleMania 24 against The Undertaker and that just wouldn’t have worked to come out with a badass entrance as a heel before facing Taker.