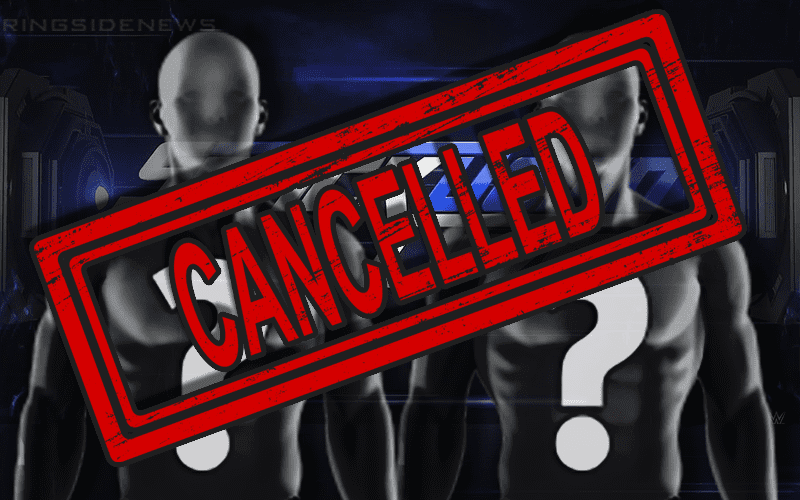 WWE’s SmackDown show went through a lot of changes yesterday when Vince McMahon called creative and told them that things needed to be re-written. Therefore, certain segments had to hit the cutting room floor including an announced match.

The IIconics were supposed to wrestle Sonya Deville and Mandy Rose last night. This was supposed to be a match that if Fire & Desire won then they would get a WWE Women’s Tag Team Title match. However, that didn’t happen.

The set-up for this match was so popular in the IWC that it even made headlines due to the way Mandy and Sonya botched the segment last week while announcing the match. However, WWE shot some footage before SmackDown Live this week showing Peyton Royce and Billie Kay sprinting out of the arena.

Apparently, Billie Kay had “puppy fever” so the match had to be cancelled. This seems like a strange excuse, because it is. What is also stranger is that this explanation didn’t find its way onto SmackDown Live last night at all.

At least they were able to answer why this match didn’t happen for fans who were looking forward to seeing it happen.