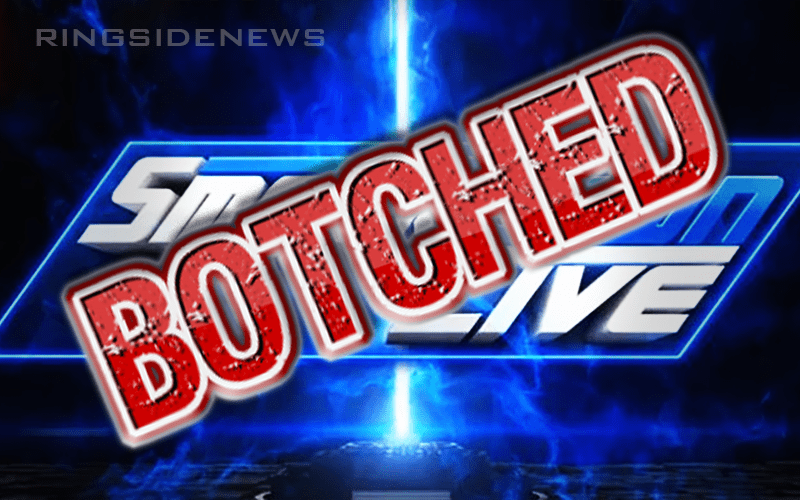 SmackDown Live is a live show, but not everything on the show needs to be live. Sometimes they can get away with having backstage segments that they already have in the can. This might have been a good idea this week for Mandy Rose and Sonya Deville.

Bryan Alvarez noted on Wrestling Observer Radio that Sonya Deville and Mandy Rose had all afternoon to rehearse this backstage segment. Then once they went live the line was flubbed in a big way.

“They practiced that thing all afternoon I was told and they still messed it up. Like why would you practice afternoon when you could just do a damn pre-tape and if it doesn’t look good you can just do it again?”

It makes sense that WWE wants to present a feeling of a live television show, but sometimes it’s a good idea to make sure things are done right. This could have had something to do with Vince McMahon coming in and switching the entire show around, but it doesn’t change the fact that Sonya Deville really put her foot in her mouth this week on SmackDown Live.