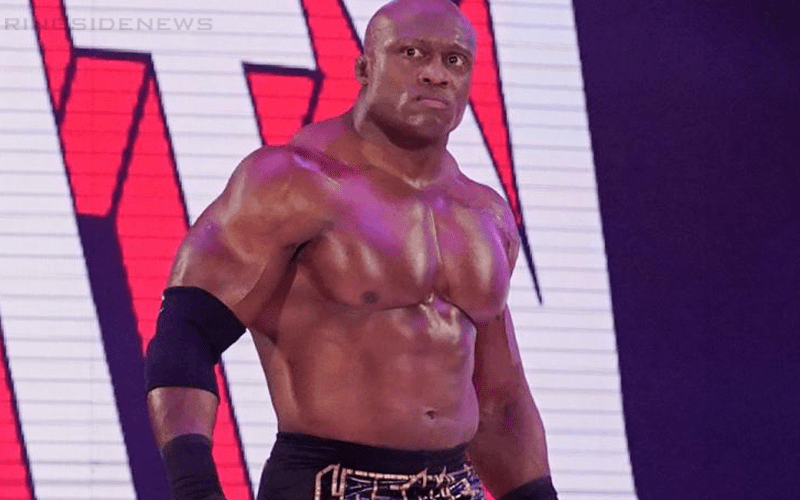 Bobby Lashley hasn’t been seen on RAW for a few weeks, but there is a good reason for that. Because The All Mighty is currently injured. He’s not expected to make a return any time soon either.

Fightful Select reports that Lashley is currently out of action with an “undisclosed injury.” Although they are not letting fans in on what it could be that is keeping him on the sidelines, he’s not expected to make a return until at least November.

While we don’t specifically know the injury in question, WWE internally has him listed as being out well into the fall. On a recent list that Fightful Select was able to see, they have Bobby Lashley with a November 2 return date.

This is bad news for Bobby Lashley because he will miss a lot of action in the next few months. WWE is also gearing up for new television deals that start in October so this is really not a good time to be out of action.

Hopefully, The All Mighty will be able to make a return to the ring sooner than expected, but a November 2nd return date seems to be what WWE is projecting right now.