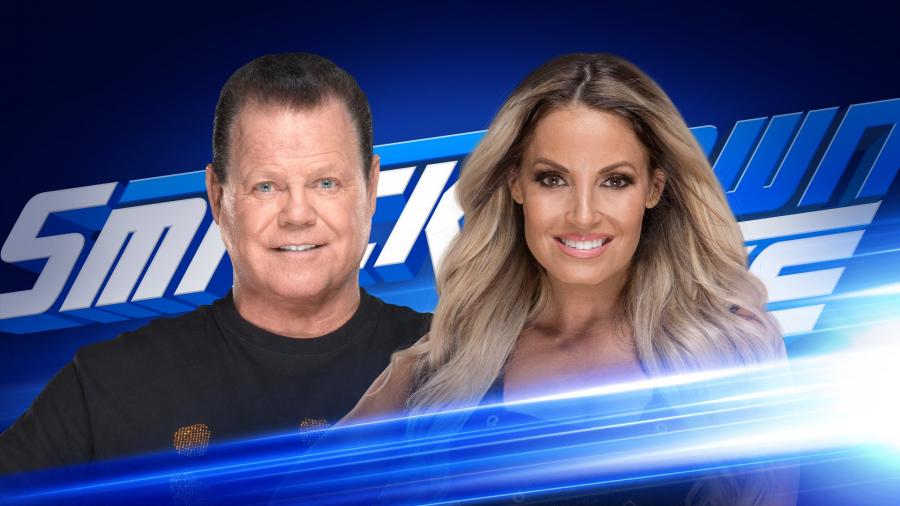 We have a pretty good idea about what to expect tonight and this is Jenkins doing the results since Felix has something better to do. He really picked a great night too because Vince McMahon apparently waltzed in and wrecked the script for the show this afternoon.

WWE has announced several matches and segments, but Vince McMahon overhauling a script can go a long way as well. It’s nice to know that he’s ultimately still in control of everything, right?

Shane McMahon kicked off the show by saying he wouldn’t be on the show even though he was advertised. Then he told a little story about meeting with his life coach. I hope his life coach never becomes an on-screen character.

KO came out and got a decent pop. He cut a promo hyping his match for Summerslam telling people not to panic because Shane isn’t there. Then he said that he will beat Shane do badly that he will look in the mirror and know he doesn’t belong in the ring.

Owens said nobody can stop him from showing up because of his last name, but when Shane shows up at least he knows that it’s not his show. It’s the Kevin Owens Show. Then Drew McIntyre walked out.

McIntyre told Kevin that he talks too much. That clip will be used by Botchamania. Then he informed Owens that they have a match tonight and he knocked him out of the ring and tossed him over the announce table.

That match is happening now.

Kevin started out in control until Drew started returning fire and the he took over the match. McIntyre beat Owens around the ring and shoves him into the corner before hitting a German suplex for a two count.

Owens battled back and hit a cannonball for a two count and then he climbed up top only to be stopped. As Corey Graves said he watched SmackDown last night with his life coach, but he “ran out of singles,” KO hit a frog splash for another two count.

When we came back from commercial, Owens hit a senton from the top rope for another two count. Drew dodged a Stunner and hit a headbutt before slamming Owens down for a two count of his own.

Then McIntyre went for a Brogue Kick, but KO hit a Superkick. Soon Owens put McIntyre down again and he climbed to the top. Then Drew stopped him again and Drew hit a top rope move for a two count and then they moved outside.

McIntyre cleaned off the announce table and Owens hit a Stunner on top of it. Then they moved back to the ring for another Superkick/ Stunner combo for the win.

Dolph Zigggler cut an interview backstage where his recent actions were brought up. They made a huge deal about kicking Shawn Michaels. Then he mocked the legends again and hyped his match against The Miz at Summerslam before moving on to Finn Balor who he is facing tonight.

Bayley and Ember Moon did a skit in the locker room about getting through their tag match tonight despite their Summerslam match.

Aleister Black cut a promo about the blood of his soul being the willingness of any man to pick… a fight… with him.

Bliss and Moon started it out and then Bayley was tagged in. They moved outside and Bayley hit Bliss with a dropkick through the ropes. Cross got in Bayley’s face and Moon nailed a suicide dive before commercial break. Burger King is making tacos now. Neat.

As they continued after the commercial break, Moon hulked up and hit a double hip attack in the corner. She nailed Cross with an Eclipse, but then Bliss ended up taking her down and then she hit a Twisted Bliss for the win.

Bayley hit Moon with a Bayley To Bayley after the match was over.

Sami Zayn cut a promo where he mocked Aleister Black and his hype that he’ll never get to live up to.

He didn’t say anything and just walked away. Yep.

Jerry Lawler introduced Trish Stratus and they talked about the Raw Reunion. Then Lawler said some legends wish they could have one last match before asking Trish if she’d like to have a final match. She said that she’s a mom now and then Charlotte Flair walked out.

Then they had a back and forth promo before their Summerslam match was booked.

An outstandingly weird episode of Firefly Fun House aired that sated Ramblin Rabbit. He said something about how Bray doesn’t want people to know what the fun house really is before he ran away.