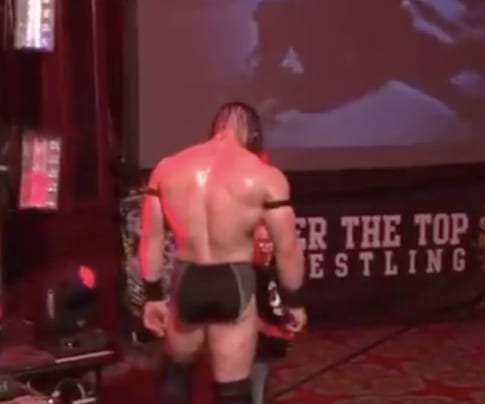 A lot of All Elite Wrestling fans have spent the last few months wondering the same thing: where on earth is PAC, formerly known as Neville?

The former Cruiserweight & NXT Champion seems to be on his way to AEW, but then again, that was also the case in the lead-up to Double or Nothing. Now, a lot of people are just eager to see him in an AEW ring – and it certainly feels like it’s coming.

Before all of that, though, he has some commitments on the independent scene to complete, which includes an appearance or two for the always popular OTT Wrestling.

There isn’t much more to this clip than meets the eye, but in itself, there are plenty of reasons to be excited for what PAC is going to be able to produce in this next stage of his career.

While he may be best known for his high flying ways and incredible athleticism, there’s also something to be said for his character work. We saw some of that during the latter stages of his time in WWE, but it just feels like he’s going to take it to a whole new level in time for AEW’s TNT debut.

It seems as if he’ll probably be one of the first challengers to go after the AEW World Championship, and if that does turn out to be the case, you would think that it’d make sense for Hangman to be the one to claim the belt.

With that being said, he does have some history with Jericho too.