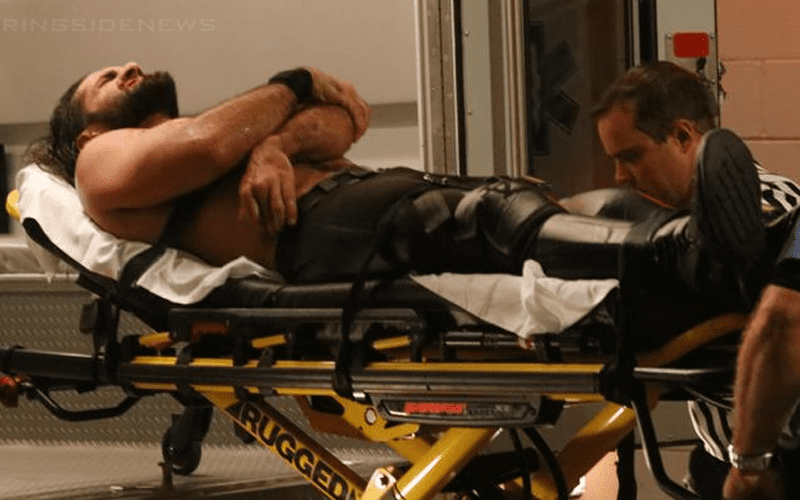 Seth Rollins was really roughed up on Monday during Raw. He took a pretty major beating and was spitting up blood by the end of Brock Lesnar’s assault, but he doesn’t want us talking about how he’s doing.

WWE has released an update regarding The Architect’s condition. Apparently, the update is that there is an update, but Seth Rollins won’t let anyone release the information.

Seth Rollins was spitting up a lot of blood so unless he bit his tongue, then it’s likely that he has some kind of internal bleeding. Or, he used a blood packet. That’s pretty gory which is ironic considering how Vince McMahon took a shot at AEW’s “blood and guts” programming.

Brock Lesnar really laid in the assault on Rollins and Seth took some awful bumps on a chair in the process. It wouldn’t surprise us if he was actually hurt after taking that kind of damage because there was no faking how hard Rollins was landing with every F5.

Let’s see if he will be able to get his heat back a little bit next week on Raw before Summerslam where he has to face The Beast Incarnate for real once again.