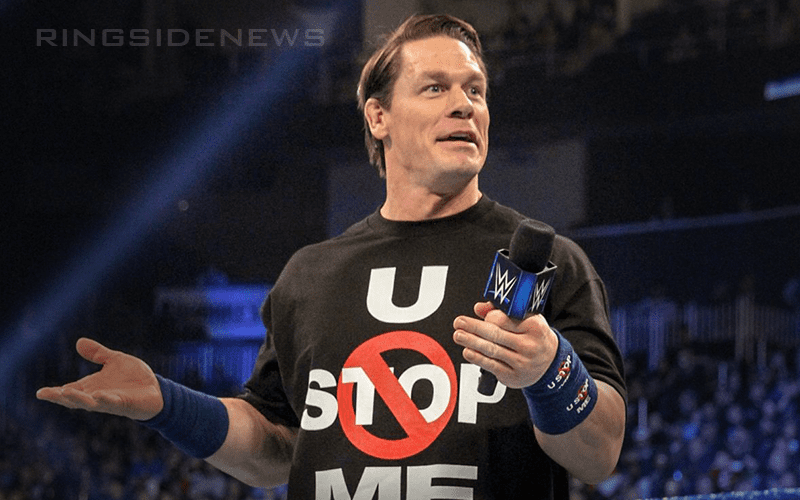 John Cena is a 16x WWE Champion and everyone respects his contributions to the business, but Freddy Prinze, Jr did not get along with him at all. The Scooby Doo star was actually a writer for WWE for a brief time. He led acting classes and also contributed to the creative direction, but he was not a fan of John Cena.

Ariel Helwani’s MMA Show recently snagged an interview with Prinze and he went into some details about his relationship with Cena. There is no denying what he did for the business, but he did not show much respect to Prinze at all.

“John Cena and I were the only one’s that really didn’t get along. It got to the point where, and I respect what John brought to WWE. He had to hold that company on his shoulders during the PG era when no one else wanted to. That could’ve been Hunter, but he didn’t want that cross. He wanted to be more rated R and do the stuff he liked to do. John took that upon himself. So for that, fans should be grateful, because it’s what made the company enough money to go to the direction that hopefully we all want it to go in.”

Freddy Prinze, Jr continued saying that Cena wouldn’t even call him by his real name. Instead, he called the She’s All That star “Ashton Kutcher.” This might have been funny at first, but it apparently lasted for three months.

It got so bad that John Cena apparently felt the need to crash one of Prinze’s acting classes. Then Prinze pulled John Cena into the hallway for a discussion that we can’t imagine was pleasant for anyone.

“He did not like that I was there. He called me Ashton Kutcher for like the first three months that I was there, and walked in to the one of the acting classes in the middle of it and just sat down in the middle of the class in between the two wrestlers. And I said, ‘yo man, let me talk to you outside for a bit.’ He comes outside, and I’m not one to have confrontation with some giant muscle head dude. But I’m not going to take sh*t off of anybody or otherwise you’re dead in that company.

“So we go outside and I’m like, ‘look bro, you’re not in this class because you know how to do this. You don’t want to teach these guys or girls, so let me do my job. Let me do what Vince wants me to do, and just stay out of here.’ To his credit he goes, ‘look I know I approached this stuff in a barbaric sort of way. But you either got it or you don’t.’ I said, ‘dude you’re right about that. But you can get better or worse, depending on the type of instruction you have, and do you want them to have instruction from Vince in the promo class, or from me?'”

John Cena is now in Freddy Prinze, Jr’s world in Hollywood, but they might not run in the same social circles. If they ever do end up working on a project together there might be a discussion between the two of them about squashing old WWE heat, but Cena probably wouldn’t be calling Prinze “Ashton Kutcher” anymore.