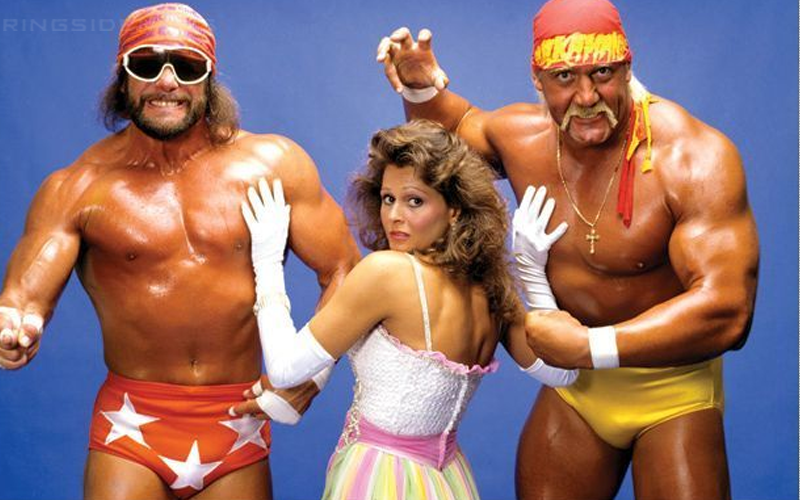 Hulk Hogan appeared on the Steve Austin Show to give a once-in-a-lifetime interview that spanned two hours. He discussed his injuries in-dept and went into many aspects of his history in the business. He also explained why he can never wrestle again.

One thing that fans have been fascinated with for years involved Hogan’s legendary relationship with “Macho Man” Randy Savage. This topic was addressed in detail as well.

Apparently there was legit heat between Savage and Hogan because The Macho Man really thought that The Hulkster grabbed Miss Elizabeth in an inappropriate way during a famous segment.

“When I first met Randy, man, he was the best at everything. I loved working with him. The only really bitch we had was in Paris, France one night… Elizabeth [Savage’s wife at the time] was my manager, and we went to the ring in Paris. There were no steps. Elizabeth was probably 95 or 100 pounds soaking wet. So, I reached over the top rope – reached all the way over where she’s standing next to me – and grabbed her by the armpits, picked her all the way up – she had a dress on – and put her in the ring. [Randy said,] ‘You son of a bitch you grabbed her boobs…We walk up and he grabs a headlock on me, but he puts that side headlock on me.”

“I’m hanging in – I’m hanging in there – and I didn’t want my eyeball to pop out, so I grab his waist and I squeezed. ‘Randy, if you don’t let go, I’m going to dump you on your head.’ He was so pissed at me. The match sucked. We had a horrible match…We went back to the dressing room in Paris, and I walked in. I said, ‘Randy, we need to talk right now.’ I reached to open the door, and when I pulled the door, I ripped it off the hinges. The door was so old and so rotted by termites…So, me and Randy went in the back and [he said] ‘Hey, man, I’m sorry I got mad.’ I said, ‘Randy, I’m sorry too. I didn’t mean to touch her inappropriately – there were no steps.’ But I think the door is the thing that kind of cooled everything down, it was hanging on by a thread.”

Randy Savage was famous for how protective he was of his wife. Viceland even dedicated an episode of Dark Side Of The Ring on their relationship. So, he didn’t like Hogan touching Miss Elizabeth in that way

It turns out that there is some legit truth to this famous legend after all. They were able to squash their beef before Savage’s passing according to Hogan, but it just goes to show that sometimes pro wrestling stories are real.

Thanks to Westwood One for the quote