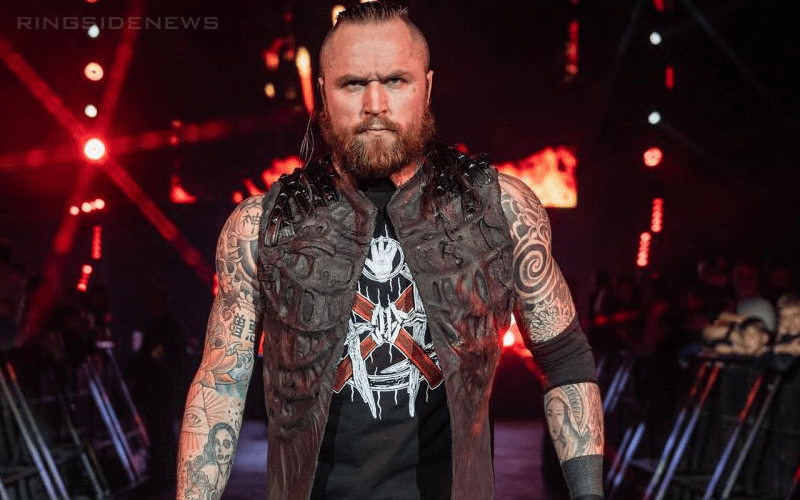 Aleister Black has been cutting a lot of dark promos in a back room since joining SmackDown. He battled Cesaro, but nobody else has picked a fight with him, until now.

During SmackDown Live this week, Sami Zayn was shown backstage and he was asked what he was doing there as a Raw Superstar. Zayn then proceeded to cut a little promo where he made fun of Aleister Black. This turned into a Summerslam challenge.

They didn’t “officially confirm” the match by showing the graphic on the screen, but it’s just semantics at this point. Because this is about as far as they need to go in order for us to know this match is happening.

It should be a pretty good match addition to the Summerslam card as well. Because those two former NXT Champions might be able to really go all out in Toronto.