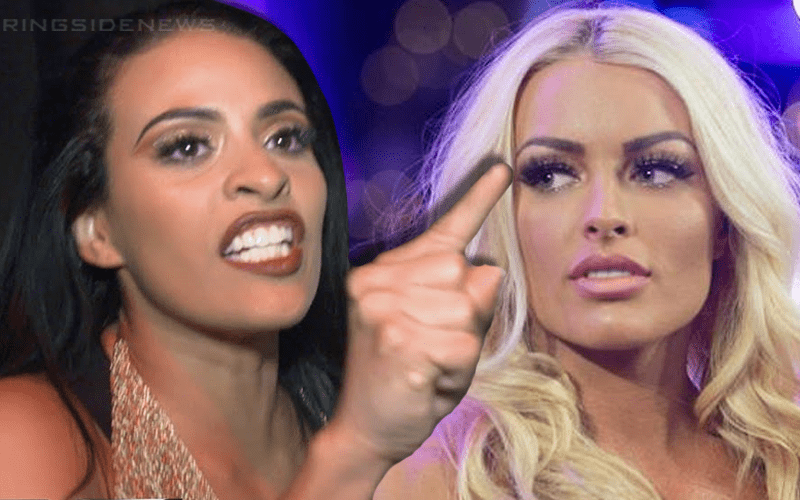 Trish Stratus is coming back to WWE for at least another match and plenty of people are excited about it including Mandy Rose. Stratus’ return is what started this recent Twitter war between Zelina Vega and Mandy Rose as The Golden Goddess tweeted out her wishes to wrestle Trish.

Zelina Vega fired back at Mandy Rose calling her a “star chaser.” Then Rose had her own retort as she said that Vega’s only claim to fame is The Rock. This did not set too well with Zelina at all as she replied:

Was it tho? Pretty sure I was here before the movie came out. And I mean, there is a difference between being long time friends and working with someone vs just tweeting HOFs hoping they’d see and care.. but maybe that’s why I’m in movies and you’re tweeting for clout

Kayla Braxton was then caught in the crossfire as she tweeted out an animated gif of someone enjoying the action while they munched on some popcorn. Zelina Vega saw this single gif reply and fired back saying : “Want me to come for you again too? Cuz I’ll bring you back just to end you again.”

So far Kayla Braxton has not replied as to whether she wants Vega to come at her again.