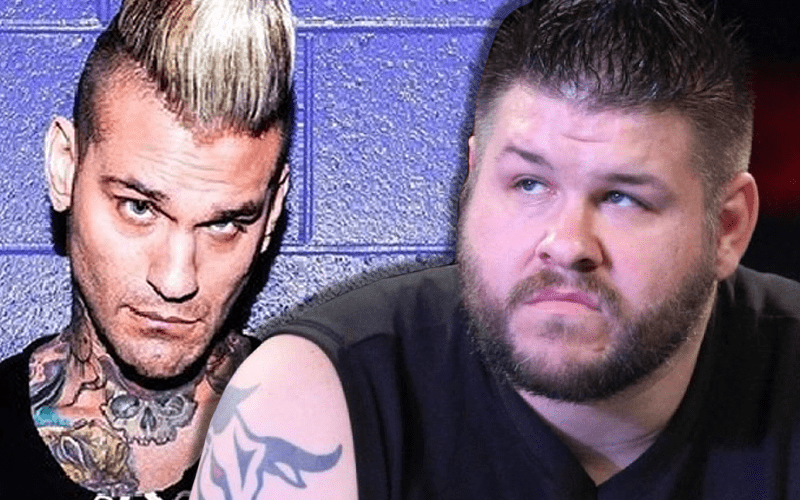 Corey Graves is very busy and didn’t have time to watch Smackville last night as it aired. Therefore, he watched it this morning with his kids and they say the darndest things.

The Savior Of Misbehavior’s daughter said that she was rooting for the “tiny guy” to win the match on the television. As it turns out, they were watching Elias’ match with Kevin Owens and KO was that “tiny guy” in question.

Catching up on #Smackville, and my 5-year Old says to me, “Daddy, I didn’t want that tiny guy to win.”

“That tiny guy” she was referring [email protected]

Kevin Owens is a lot of things, but even he wouldn’t admit to being a tiny guy. That’s apparently the way Corey Graves’ daughter sees it which is pretty adorable. It also maybe means Graves needs to spring for a bigger television.