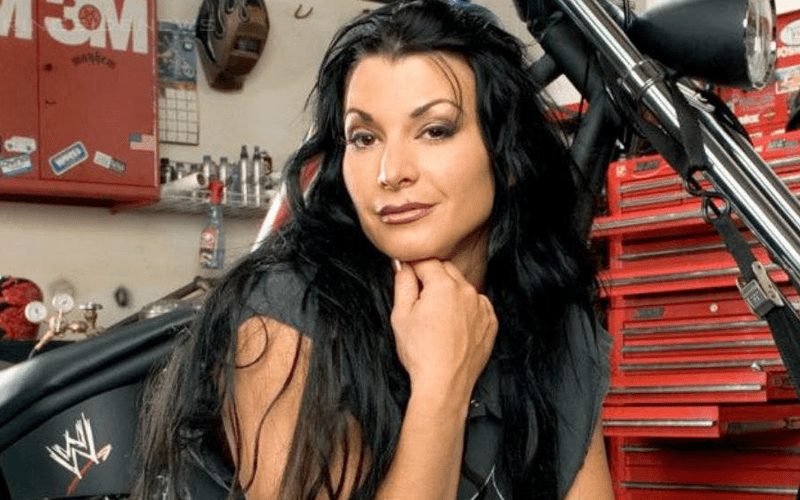 The WWE Hall Of Fame is missing a lot of names that fans would love to see receive the honor and time in the spotlight. Victoria left WWE to compete as Lisa Maria Varon, but she will always be a WWE Legend in our opinion.

Victoria recently spoke to Wrestle Zone where she was asked about accepting a WWE Hall Of Fame induction. It’s strange that she hasn’t been inducted yet considering everything she did during her time in the company, but she also hasn’t been on any reunions either.

She said that just being told that she deserves it is good enough, but it’s not up to her in the end. Because the only one who can make that call is Vince McMahon.

“I get that question all the time. When I hear it from the fans that I deserve it, that means I did my job. They were entertained by me and they appreciated my work, my ethic in the business and they’ve appreciated what I’ve done. That makes me feel good when I hear it from fans, and that’s all I really need.”

“It’s not my decision to be inducted into the Hall of Fame; we don’t call and say, ‘hey, it’s my turn.’ It’s not something we do. Or it’s ‘well, why don’t you go back?’ You don’t understand—we don’t pick up the phone and say we want to come back, you have to be invited.”

“When that next time comes, it will be amazing, but when I hear it from the fans it’s enough right now. Getting a shout-out from Torrie Wilson—it’s nice, but it’s a hard question to answer because it sounds pompous to say ‘yeah, I deserve to be there’. At the same time, will it happen? I don’t know. It’s not my decision.”

Perhaps we will eventually see Victoria receive her WWE Hall Of Fame induction. It will certainly mean a lot to her and her many fans.

Her name really does deserve to be in there as she was one of the women fighting for her spot through three-minute matches in WWE as she helped pave the way for the Women’s Revolution to come.