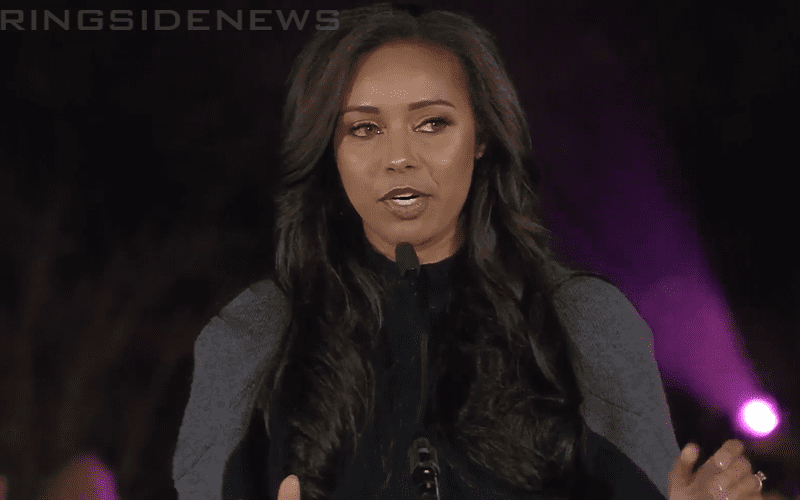 Brandi Rhodes is AEW Chief Brand Officer, but some people are not fans at all. In fact, they area apparently throwing a ton of hate at her that even goes as far as death threats.

Rhodes recently unloaded via Twitter about the climate of hate going on in the world today. She is not the only person who receives death threats and hate all day, but she isn’t going letting this stop her from carrying on.

The climate of hate is SO strong. It’s so sad. Social media is just flooded with hate and people wishing others would fail, die or likely both. Scary how bitter people have become to spew such vile things. I feel bad and sad for humanity. Disappointing world to be apart of.

I get death threats and hate spewed at me daily. I’m not alone. If you have a blue check you are just preyed upon for no reason. You can’t even defend yourself because “you’re better than that”. Better than everyone?! Is that why we are treated this way?

And people feel okay with themselves at the end of the day. You’re sad, bitter and angry at all of the wrong people. People you’ve never met. Never had a conversation with. You hate us and wish we would die. How embarrassing that must be to know how shallow and selfish you are.

It is a shame that hate like that exists in the world. Someone tried to say that Rhodes does the same thing, but they were unable to point out a time when she actually did anything like that.