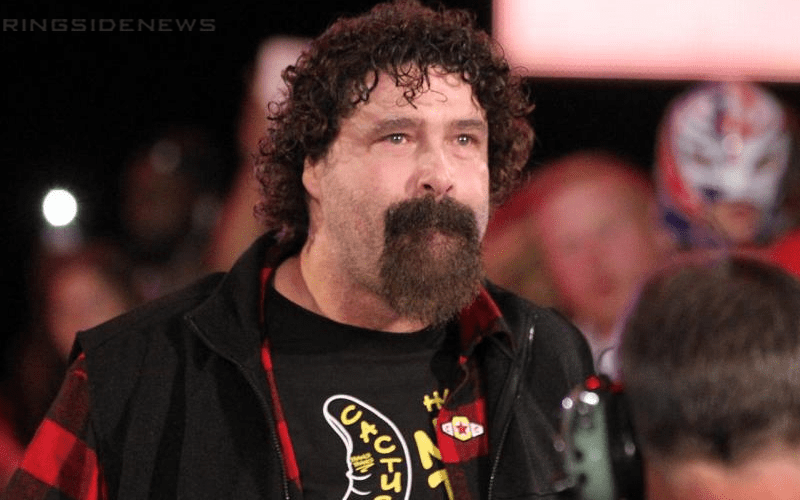 Mick Foley is a hardcore legend and he got that moniker by taking a lot of shots to the head. Unfortunately, that has caused him to have a little bit of trouble remembering things. Time does that too, but taking shots to the head certainly didn’t help things.

While speaking to Sunday Night’s Main Event, Foley opened up about the scripts he is handed before appearing on WWE television. This is sometimes an issue because although he is very good with written words, Mrs. Foley’s Baby Boy can’t remember things like he used to.

“Yeah, sometimes I am handed a script. And it is difficult, because my memory is not what it used to be. It’s, you know, it’s a different process. Guys don’t just show up — the days when I just said ‘Hey, trust me on this’ are largely over.”

WWE wants Superstars appearing on screen to be able to memorize lines and recite them just as they are written. This can be an issue if your memory isn’t too good. Now WWE does’t trust Superstars to be themselves to get over because there is a script that they have to stick to.

You never know if WWE might venture back to a day when they don’t give such specific guidelines about what people must say on screen, but it doesn’t seem like they are going to do much trusting of Superstars to stray from the script at this point unless there is a rare exception.