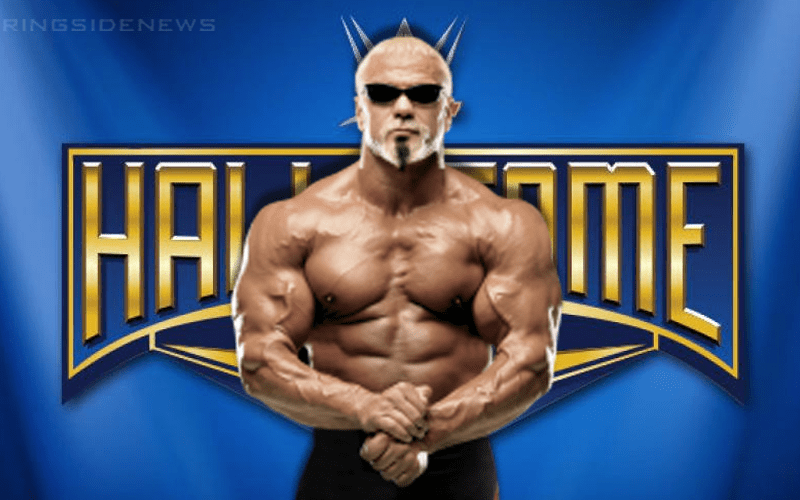 Scott Steiner didn’t have the best run in WWE, but due to everything he accomplished before his career started with Vince McMahon’s company, some fans are under the impression that he deserves to be inducted into the WWE Hall Of Fame. He might not want an induction.

While speaking to Ringside Collectibles, Scott Steiner was asked about a possible WWE Hall Of Fame induction. There is no physical WWE Hall Of Fame, so for Steiner, it’s all bullsh*t. Therefore, he doesn’t sound interested.

Well, I don’t deal in fantasy. I don’t deal in hypotheticals. Where’s the Hall of Fame at? It’s fu*king nowhere, it’s in Vince’s mind. So it’s just all bullsh*t. Screw that.

This is quite a bold statement to make, but until WWE actually creates a brick and mortar WWE Hall Of Fame building with an actual physical address it doesn’t seem like Scott Steiner will be accepting any such honor.