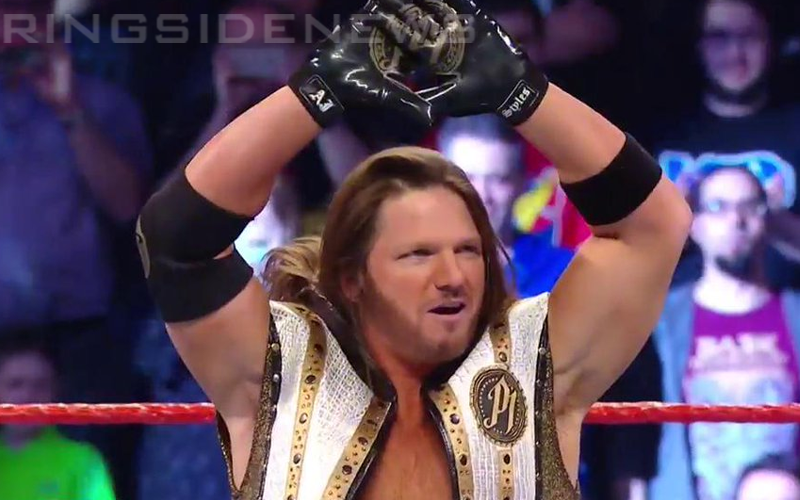 AJ Styles is a very popular WWE Superstar and it makes some sense that people would want to be like him. However, some people take it a step too far by stealing his identity.

The Phenomenal One recently tweeted out to let fans know that there is another fake account trying to fool people into thinking they’re the genuine article. We’ve seen fake fan accounts try and swindle fans for cash before, but it didn’t seem like this was the case here. Styles did call this faker “an idiot” though.

Then another fan decided to quip back at Styles saying “fake like your title run.” That didn’t seem to set too well with him so AJ fired back saying: “Like the fake account, you’re an idiot.”

We’ll just have to wait and see if AJ Styles will get any kind of run at a top title again, but in the meantime being the WWE United States Champion seems to be fitting perfectly.