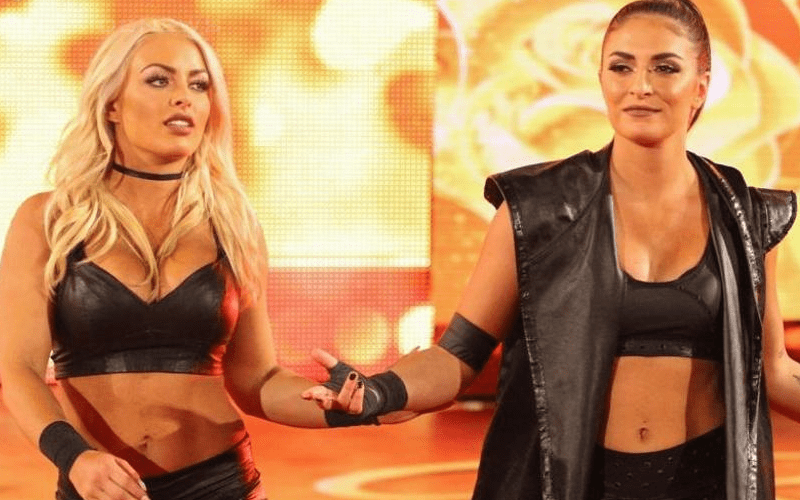 Mandy Rose and Sonya Deville have been best friends since they first met as a part of Tough Enough. Now they are a team in WWE and looking to earn shot at the WWE Women’s Tag Team Titles. However, sometimes it’s not easy working with your best friend.

While speaking to Uproxx, Mandy Rose was asked about her relationship with Sonya Deville. She also addressed the idea that her relationship has ever gotten complicated outside the ring. She is happy to inform fans that it hasn’t and she hopes it never does.

No, my relationship with Sonya is very real, on and off the screen. Obviously we are best friends off of TV and we have been since we met, so we try to keep everything as real as possible, even when we’re on TV, with our characters, because that’s the most authentic and real to the fans.

So it hasn’t gotten complicated between the two of us really, ever. We have a very interesting dynamic where we understand the business. We understand how it works, and we’re so lucky to have each other because obviously it’s hard to find real, true friends in life in general but especially in business that’s super competitive and ruthless. So it’s really good that we have each other, and have that support. That we can go to each other with anything, and drive to shows together. So it’s never gotten complicated, ever, with the two of us. I hope it never does, because we have a great relationship, and I hope it never gets like that, because we want to continue our friendship. It’s everlasting, outside of WWE as well.

It really is hard to find good friends anywhere, especially in the same profession that you are trying to succeed in. Because competition in the workplace can sometimes lead to jealousy. This is especially true in a dog eat dog work environment like WWE. It seems like Mandy and Sonya have certainly found good people to rely on as they continue their careers.