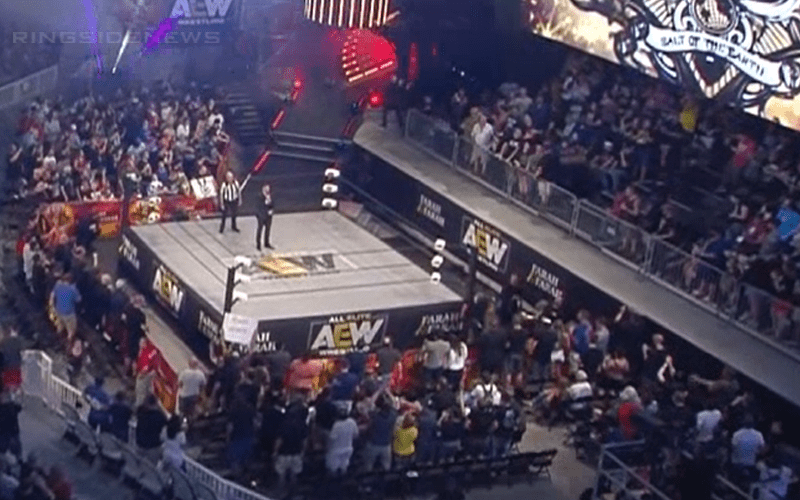 AEW’s new television show got a lot of people talking yesterday when it was announced that they will be starting on October 2nd on TNT. Their first show will be a lofty goal in Washington DC as they take on a 20,000 seat arena, but what about after that?

Dave Meltzer noted in the Wrestling Observer Newsletter that WWE only gets around 14,000 fans at the Capitol One Arena in Washington DC. Of course, judging by today’s live event numbers that number might be very high.

It was also noted that AEW will be running different sized arenas that are set up for between 6,000 to 11,000 fans. They will also be holding the show from the “occasional unique location.”

Each event will begin at 7:30 PM with a dark match to warm up the live crowd as well. So they’re getting plans underway to really make this happen. It also seems like they might be staying as far away from smaller venues as possible at this point as well.