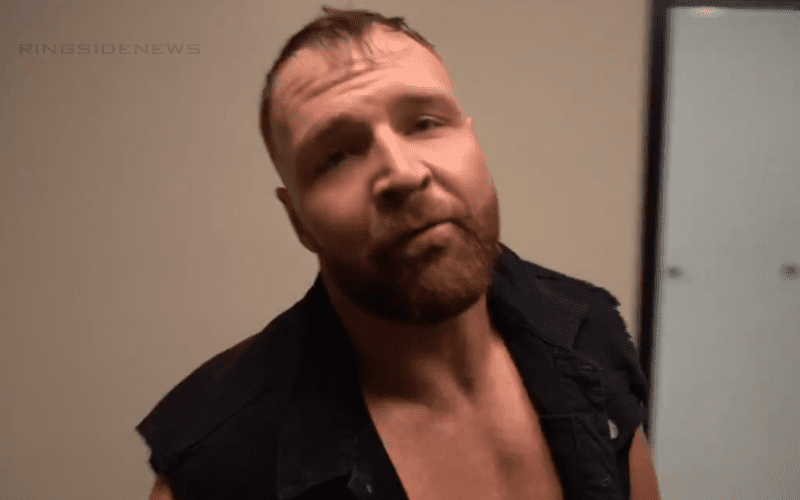 Jon Moxley is very happy with AEW right now as he continues with his new pro wrestling home. All Elite Wrestling had a big announcement today and things are just getting started.

After leaving WWE, Mox took part in a couple of shoot interviews. He’s shown more of his true self more than he ever did as Dean Ambrose. Now he’s holding nothing back in a big way.

It seems like you can’t script Mox any more. As he tweeted out an animated gif with a dancing Deadpool it might have been an interesting choice, but the caption of “Deal With It” spoke volumes.

Mox was featured a few times during the trailer for AEW on TNT. It appears that things are going to pick up in a big way when All Elite Wrestling debuts on October 2nd. Anyone who has an issue with things can just “deal with it.”