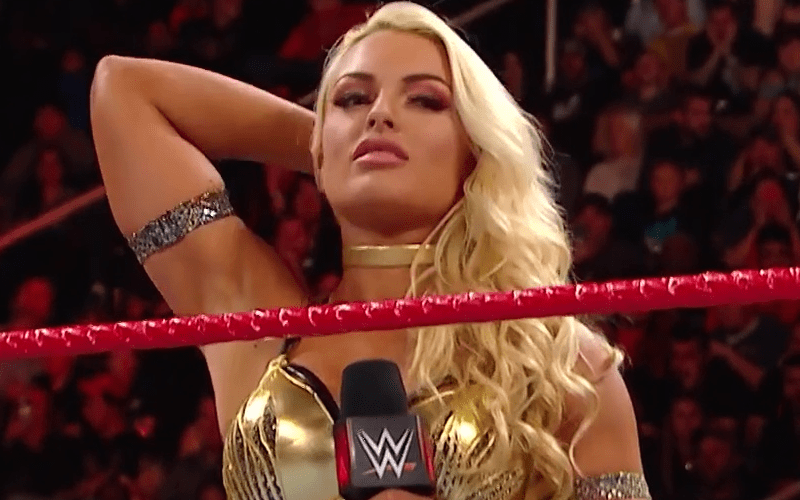 Mandy Rose is involved in more projects than what we see in the ring. She also has an iOS app called “Fit With Mandy” and plans on releasing a line of beauty products in the fall. She is building her brand away from WWE already, but that is an incredibly wise investment on herself.

Rose had a chance to speak with The Wrap where she explained that wrestling doesn’t last forever. Therefore, she is in preparation for when her time in WWE is over.

“Being a WWE Superstar, you have– I don’t want to say a short shelf life, but it’s more like sometimes you’ve got to look to the future and you’ve gotta plan ahead. It’s not gonna last forever.”

Currently, Mandy Rose and Sonya Deville are in line for a WWE Women’s Tag Team Title shot if they can defeat The IIconics next week on SmackDown Live. We will have to see where this leads, but it wouldn’t be surprising if Mandy Rose is working August 11th’s Summerslam event.

Mandy Rose likely has a long way to go before she hangs up her boots, but it’s good to know that she is preparing for that day when she can no longer rely on wrestling to pay the bills.