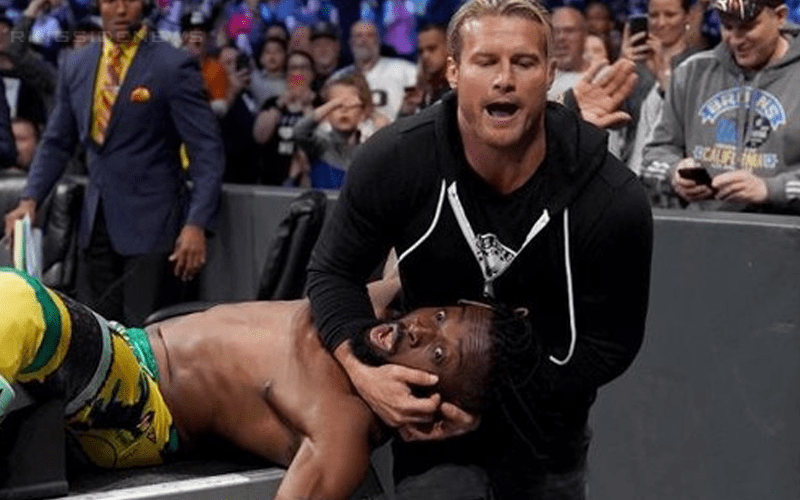 Kofi Kingston experienced a huge career highlight with KofiMania, but the entire time this resurgence was happening in his career, Dolph Ziggler was nowhere to be seen.

The Show-Off was on hiatus from WWE as he focused on his comedy career, but when he came back Kingston was a main event player and WWE Champion.

While speaking to Chris Van Vliet, Ziggler admitted that there is some real jealousy for Kofi Kingston. That whole “it should have been me” gimmick is pretty much a shoot after all. While he is happy for Kofi, there is still a part of him that wishes he was getting that main event level push instead.

I’m genuinely jealous that Kofi got this, he has everyone behind him, he has the locker room behind him but then he went above and beyond to get that Kofi Mania a real-life thing happen to where people in the back are cheering … I was out and to get behind that and still be rooting for someone else, it’s weird because we’re all wanting ourselves to be the champion.

Dolph Ziggler looks to be continuing his feud with The Miz right now. Laying out Shawn Michaels last night on SmackDown Live also helped Ziggler’s heat so he’s getting a good amount of attention.

The Show Off isn’t WWE Champion though and that’s where the jealous comes in.