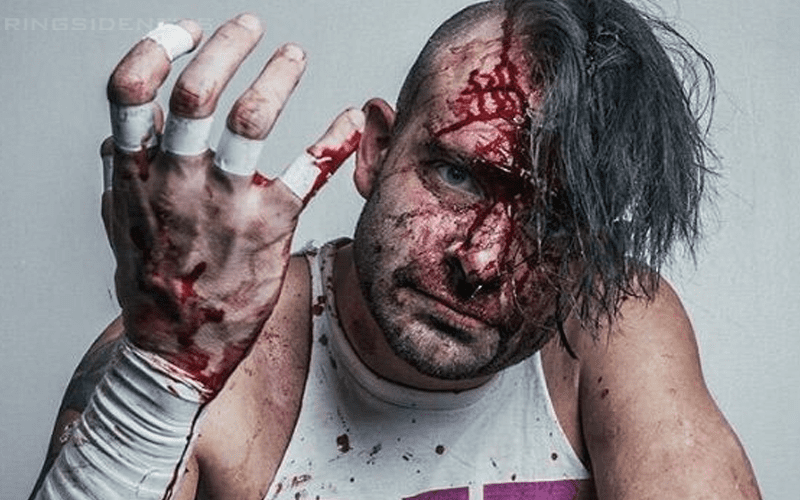 AEW All Out will take place on August 31st, 2019 and fans are expecting a lot from this show. There is already a loaded card, but The Elite are continuing to add more attractions to the event.

During Road To All Out yesterday, AEW confirmed a triple threat match for All Out between Joey Janela, Jimmy Havoc, and Dary Allin. This match is not only a nightmare for Jim Cornette, but it could also be a very violent affair.

Upon this match’s announcement, Jimmy Havoc only had one thing to say which was an apology. Then again, he doesn’t seem to care much either.

This match is between three guys who are no strangers to putting their bodies on the line. Therefore, it’s anyone’s guess what kind of inventive violence they will devise. Hopefully, things don’t get too out of hand, but it wouldn’t surprise anyone if this match gets a little crazy in the Sears Centre on August 31st.