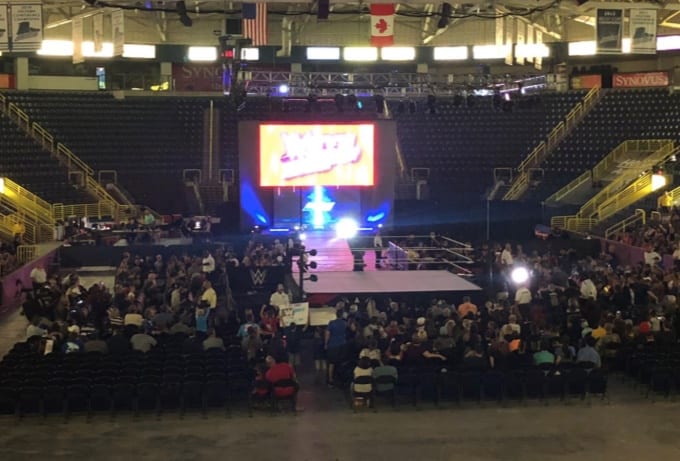 We’ve all heard plenty of stories over the course of the last few months regarding poor attendances at WWE live events, but now, it seems to have gone from bad to worse.

SmackDown Live put on an event in Fort Myers, Florida last night, which ran pretty much directly opposite Monday Night RAW. While you’d probably expect low numbers anyway, one fan posted up a shot of the arena that was allegedly from five minutes before the show got underway.

Whether or not this is accurate remains to be seen, but one thing is for sure: WWE needs to consider binning off these Monday house shows, because they don’t seem to be doing much for the company.

One way or another, though, it feels like WWE is going to keep on going down this route, to the point where they probably don’t care all too much about the numbers – so long as the TV ratings remain strong.

We’ve seen the company cancel a number of events in recent months which could lead to a change in the way that the live events are scheduled, but fans that actually believe that is going to happen sooner rather than later are probably being a bit too optimistic.

There’s a long way to go before WWE are packing out every single event again, but perhaps it’s just one of those situations where they aren’t putting them on in areas that are going to generate big numbers for them. If that’s the case, perhaps they should change up their strategy.