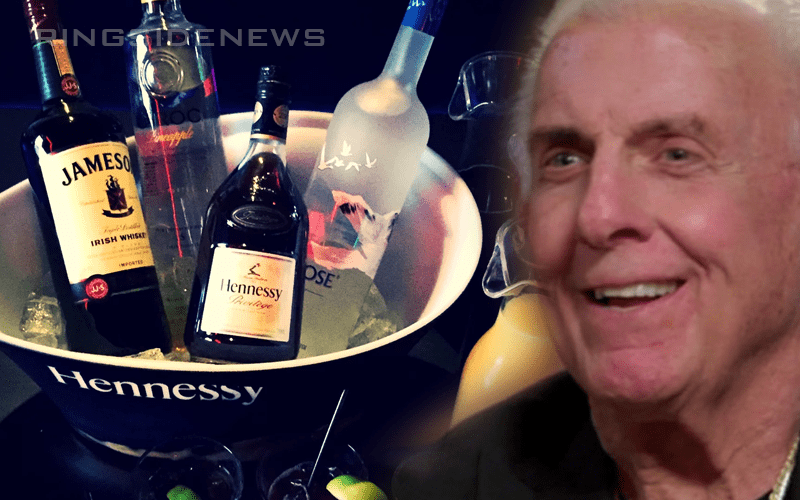 Ric Flair was in attendance at the Raw Reunion last night in Tampa, Florida. He showed up to have a party, but the fun didn’t stop after the Amalie Center was cleared out.

PW Insider reports that The Nature Boy was “holding court” at the VIP Section of the hotel bar last night after the Raw Reunion. He was picking up the tab on loads of drinks and ordered pizza as well. His wife Wendy was there as well and everyone had a great time.

Ric Flair was holding court at the hotel last night after the show, ordering round after round of drinks for WWE guests in a VIP area of the bar and having a slew of pizzas delivered. Flair’s wife, the former Fifi the Maid in WCW, was with him.

It’s good to know that after all of these years Ric Flair still knows how to have a good time. He is still living life to the fullest at 70 years of age. We just have to wonder what his cardiologist would say about all that pizza and booze.