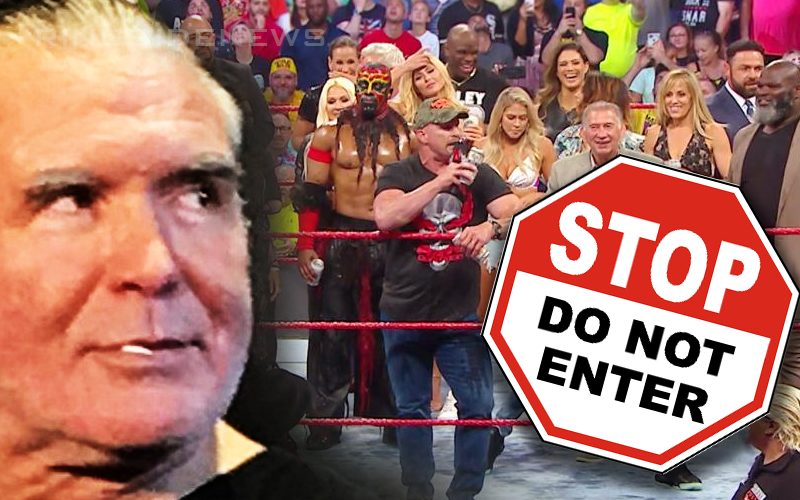 The Raw Reunion ended with a pretty big beer bash hosted by “Stone Cold” Steve Austin. Plenty of Broken Skull IPA was thrown around and Lilian Garcia was covered in beer by the end of the party, but Scott Hall wasn’t invited.

PW Insider reports that Scott Hall was “asked not to get in the ring” during the beer bash segment that concluded the Raw Reunion special. Instead, he sat at the timekeeper’s area.

Hall’s history with substance abuse has been well documented and there was a time when he was on Antabuse. If he is still prescribed this anti-alcohol drug even the smell of beer could make him sick. If you’re on Antabuse and you drink alcohol then you will get very sick. That is why it is used in alcohol abuse therapy.

Even if he’s not on Antabuse anymore it’s still probably a great idea for him not to be around so much beer if he’s trying to stay sober.

It’s a bummer that Scott Hall wasn’t allowed in the ring to enjoy the party, but he probably had a great view at ringside as he enjoyed the big event next to Mike Rome.