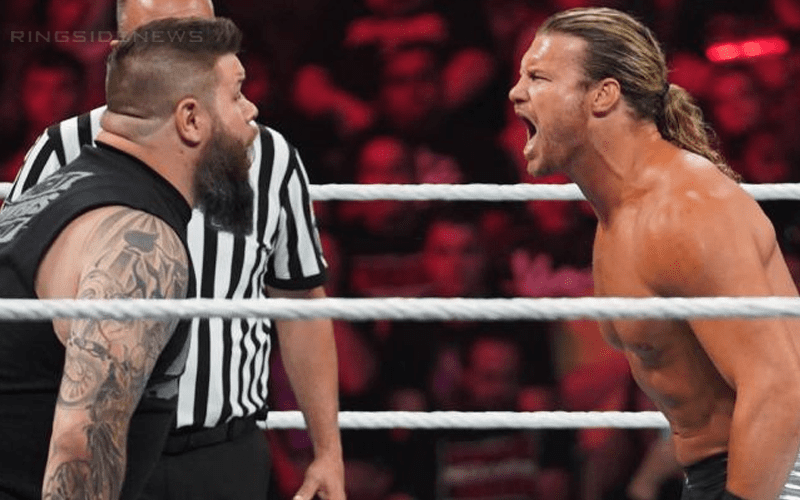 Dolph Ziggler had a very short encounter with Kevin Owens at Extreme Rules. It was all over in a flash as Ziggler laid down for a pinfall after taking a KO Stunner to lose in 17 seconds. This might not be the best place to be in, but Ziggler knew his spot on that show.

While speaking to Chris Van Vliet, Ziggler explained how it was best to business that night to lose in such a way. The Extreme Rules card was full of high spots so a traditional wrestling match might not have been necessary. Therefore, he understood it was not only best for Kevin Owens, but for the entire pay-per-view as a whole to lose so quickly.

I think that helps him and he was in a position the last couple of months [that] he wasn’t doing too much. He was just being Kevin Owens and being around. I know a lot of people are rooting for me or against me or don’t care and that’s fine but to be part of a catalyst that sent him into a different direction, as much as it kills me, I was happy to be a part of it.

We could have done a 15-minute match, two-thirds of the way through that pay-per-view, where people were exploding through walls and going through tables and it would have been okay and fine. That was a special moment for Kevin Owens so I think that’s better for the business and the company and the show.

Dolph Ziggler has wrestled long enough that he certainly realizes that everything comes in waves. Perhaps a time will come soon enough when it will be his time once again, but it obviously wasn’t his night at Extreme Rules.