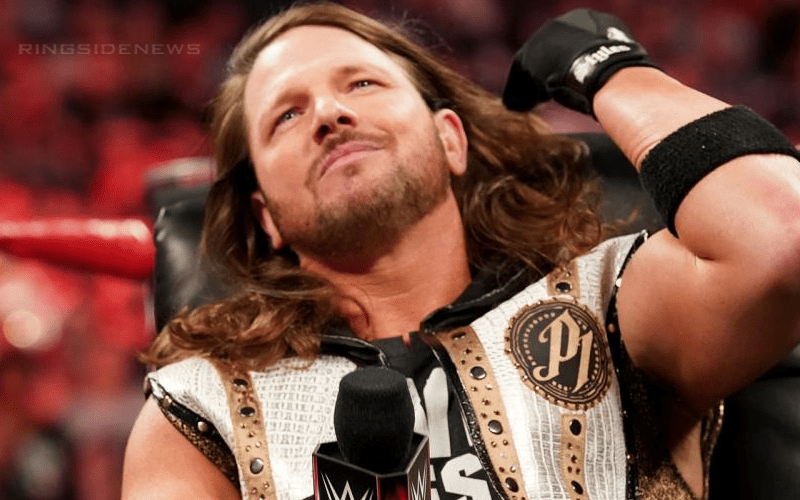 AJ Styles had a very interesting choice to make a few months ago. His WWE contract was running up and some people were wondering if he might decide to see what else is out there for him. He decided to stay and the rest is history, but his reasoning hasn’t been totally explained yet.

While speaking to The Sporting News, Styles said this was the right decision for him. At this stage in his career he needed to make an important choice and he believes 100% that he made the right move.

“This is my job. This is what I do for a living. I knew that the next contract that I will sign will be my last. I’m getting older and I don’t want to embarrass myself if I don’t have to. That’s why it was important that I made the right decision and I did. I definitely, 100 percent made the right decision in staying with WWE. They’ve taken care of me since I’ve been here. They’ve shown me nothing but respect, so it worked out.”

A lot of AEW fans might not have liked AJ Styles’ decision to stick it out with WWE, but because of that Karl Anderson and Luke Gallows have certainly benefited.

Now Styles, Anderson, and Gallows are a formidable team with a new name because they’re the Only Club that matters. We’ll just have to wait and see if Styles ends up working for the only pro wrestling company that matters soon enough.