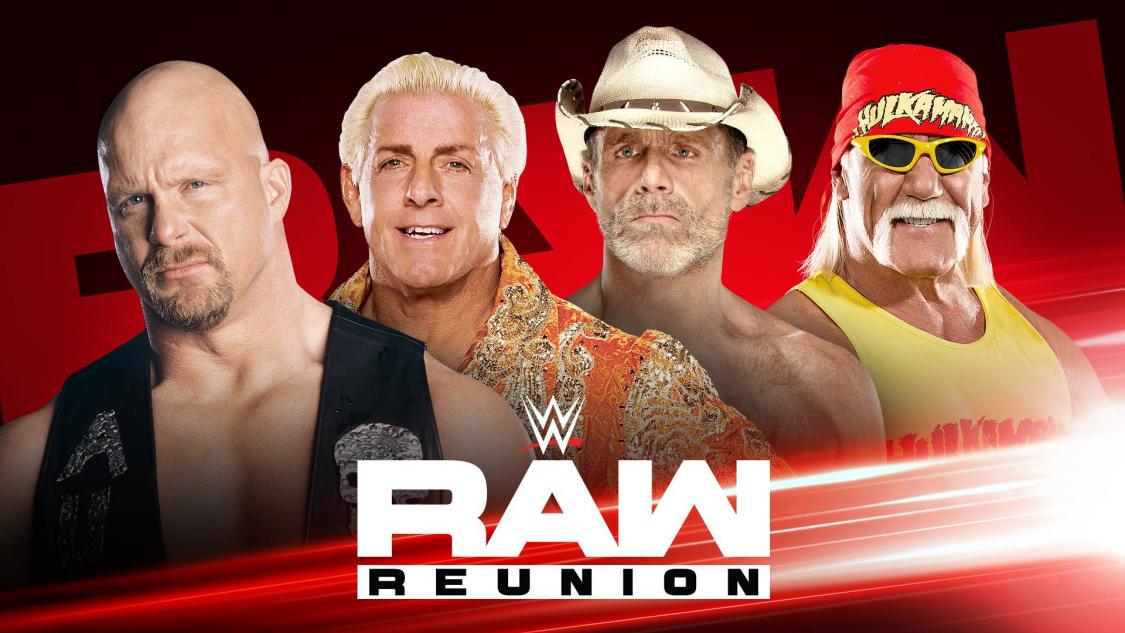 WWE heads to the Amalie Arena in Tampa, FL for tonight’s episode of RAW. Below are the focus points for the show.

WWE Hall of Famers and Legends to descend on Raw Reunion

his Monday, the curtain will rise on the largest reunion in Monday Night Raw history — a special episode fittingly dubbed Raw Reunion.

How will Seth Rollins gear up for The Beast?

After Brock Lesnar cashed in his Money in the Bank contract on Seth Rollins and defeated The Beastslayer to recapture the Universal Championship at WWE Extreme Rules, The Architect rebounded in impressive fashion, winning the Cross-Branded All-Star Top 10 Battle Royal and earning the right to once again challenge The Conqueror at SummerSlam.

Although Rollins defeated Lesnar to win the title at WrestleMania last April, accomplishing that task twice in a year seems nearly impossible. En route to The Biggest Event of the Summer, how will the former champion gear up to once again slay The Beast?

Will things turn volatile between The Man and The Queen of Harts prior to their SummerSlam showdown?

Last week on Raw, Natalya survived an explosive Fatal 4-Way Elimination Match, earning the opportunity to challenge Raw Women’s Champion Becky Lynch at SummerSlam. Champion and challenger nearly came to blows after exchanging heated words during an in-ring confrontation following Natalya’s triumph, so is it only a matter of time before the two are trading haymakers? Find out on Raw!

Will Ricochet get retribution after vicious assault at the hands of Styles, Anderson & Gallows?

Ricochet might have lost the United States Championship to AJ Styles at WWE Extreme, but the new titleholder and his cohorts Karl Anderson & Luke Gallows clearly aren’t done with the former champion. Last week, the trio added insult to injury for the young Superstar when they ambushed Ricochet at the conclusion of a 2-out-of-3 Falls Six-Man Tag Team Match pitting Ricochet & The Usos against The Revival & Robert Roode.

In the wake of the 3-on-1 attack, how will Ricochet hope to even-the-odds with the dangerous faction?