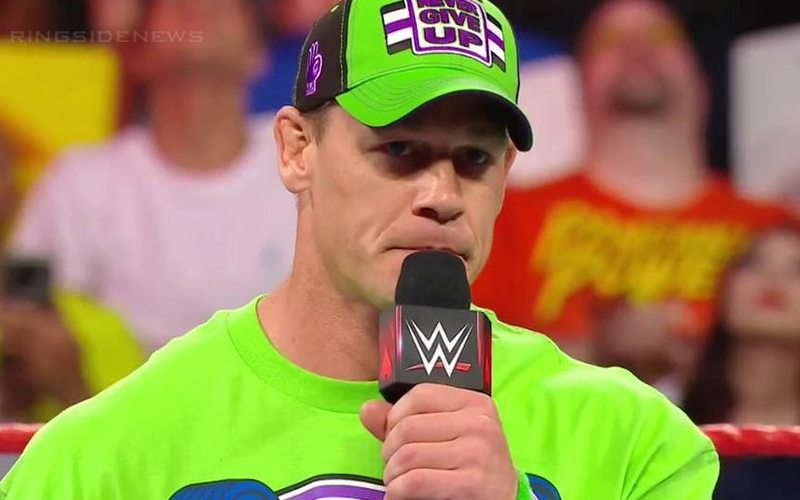 WWE’s Raw Reunion special kicked off with a bang as John Cena made his way to the ring. It’s been a while since we saw Cena and it was good that he was able to stop by. There was a reason why he kicked off the night.

If you want our full Raw Reunion Results you can click here.

Cena doesn’t live too far from Tampa and he made a point to say that during his promo. He also made a point to kick things off by battle rapping The Usos for a little bit where he brought up their arrests and mugshots.

Brad Shepard reports that Vince McMahon wanted Cena to start the big show because he felt it would get the crowd going. Cena did hype the crowd as expected so everything seemed to work out.

According to a source in #WWE, Vince McMahon personally asked John Cena to start the show off as he believed he was the best choice to hype the crowd. #RAWReunion

Now that John Cena’s Raw Reunion appearance is seemingly over we just have to wonder when he will be back. He has one big movie after another lined up for the next several months so it might be hard to see him fit many more WWE appearances into his busy schedule for a while.