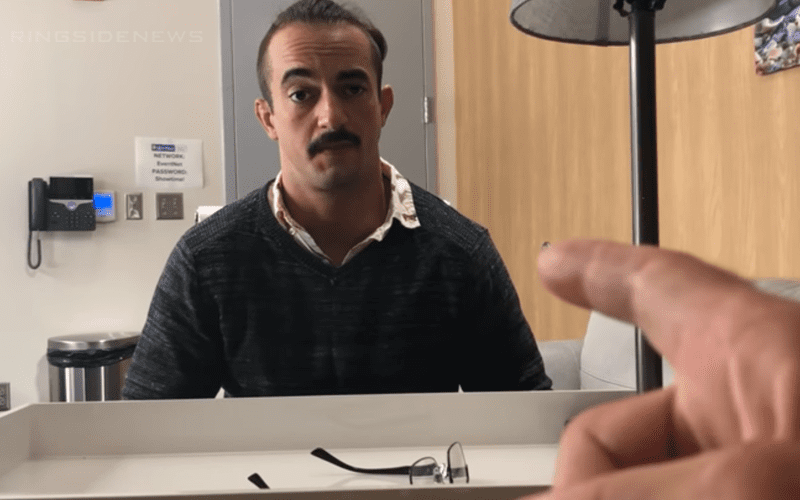 AEW Executive Vice Presidents The Young Bucks really like to have a lot of fun on Being The Elite. It looks like they also listened to Jon Moxley’s interview on Talk Is Jericho like the rest of us.

During that famous interview with Moxley he said that he has been told by Vince that something is “really good shit” when he didn’t like an idea. This made it into Being The Elite in a big way this week.

The Librarian Peter Avalon came in to plead his case to the “powers that be” and he was told no in a very familiar way.

Avalon walked in and asked for a creative change, but they totally Jedi mind tricked him. While explaining how much work they put into the librarian character and how much planning they did for his direction, they said, “it’s really good shit.” This is directly from Moxley’s interview.

Peter Avalon eventually said that if they need someone to play the Librarian then that’s what he’ll do. It sounds like what a meeting might be like with Vince McMahon.

It’s hard to believe that a national market would get this kind of inside pro wrestling joke, but we love it. This is also one of the reasons why it’s so great to have Being The Elite. So let’s hope it sticks around so they can say the kind of stuff that might not work on TNT in a place where their hardcore fans will still be able to appreciate it.