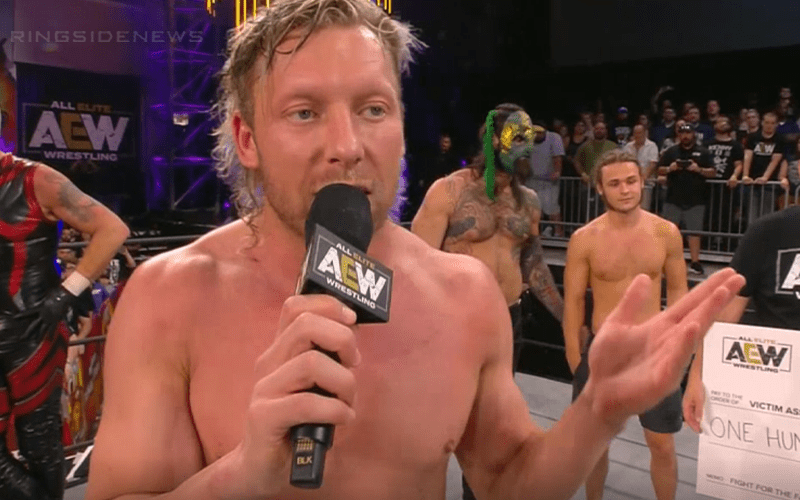 During Being The Elite this week, Kenny Omega took part in the BTE Mailbag where he was asked about the ending of Fight For The Fallen. When he usually says “bang” at the end of his closing remarks, he said “boing.” Some people were up in arms about this, but Omega explained why he made this one-time alteration.

“I can use [bang] and I will. At Fight For The Fallen I changed the word bang to the word boing. Some people are wondering why Kenny? Why did you change this character? What does it all mean? Well, I’ll tell you. That show was a charity show for the victims of gun violence. To me, any kind of gun imagery or gun language just wouldn’t have been appropriate so I changed it on that day.”

“Plus, I thought we were off the air, I really did.”

Omega said that when they were on their way to the event they were listening to some typical music for them, video game soundtracks. They listened to the Mega Man soundtrack, but they also listened to Sonic The Hedgehog sound effects. That is where he got the inspiration to change this word to “boing” from Sonic bouncing in the game.

So don’t get upset about Omega. He will be using “bang” in the future, but at Fight For The Fallen it made a lot of sense to change it.