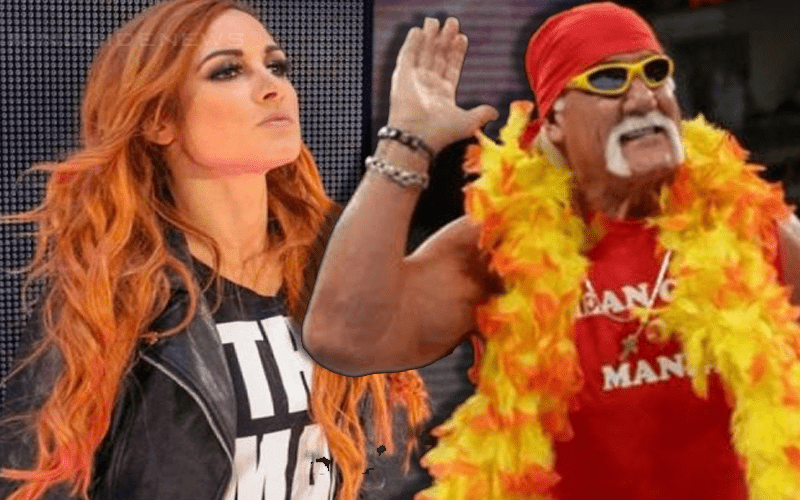 WWE is holding a big RAW Reunion show tonight and plenty of people are slated to be there including Hulk Hogan. Recently, The Hulkster had a very interesting idea about how the legends could take over the show, but The Man has other ideas.

We previously reported that Hulk Hogan proposed that the legends should rise up and take over Raw after saying “enough is enough.” It might be tempting for some fans to get on board with this idea, but Becky Lynch has other plans because she’s not about that at all.

Yeah, that doesn’t work for me, Brother.

The RAW Reunion should be a very fun show and might pop a very good rating. Hopefully, WWE will be able to capitalize on this attention because USA Network has already arranged for the episode to re-air twice after the initial broadcast.