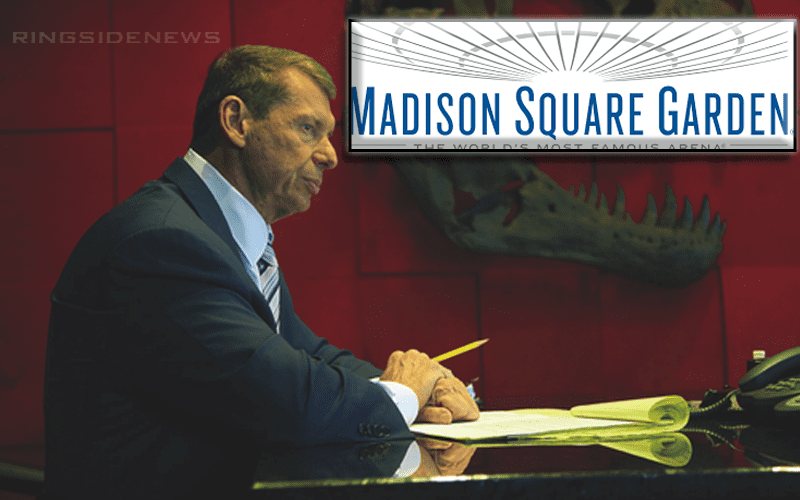 WWE is running two nights in a row at Madison Square Garden, but they didn’t sell out at all. It was previously reported via Dave Meltzer that WWE hoped to have a “15 minute sell out” that they could call their own, but the company knew they would have trouble getting a packed house in the NYC market.

Not only are MSG tickets more expensive, but WWE was running combo deals as soon as tickets were made available to the public on Friday the 19th.

The reality is that WWE knows that live event tickets sales are down which is why they offered 2 for 1 deals from the start. In fact, they were advertising combo ticket deals before they even went on sale.

WWE did the same two for one combo deal for Extreme Rules, only with the MSG shows fans actually got two straight nights of wrestling as well which should have been a better deal in theory.

Obviously, it didn’t work out and it was previously noted that 1,600 seats were bought by scalpers as well. So that should give you a better picture of where WWE is with the MSG venue that generally fits around 19,000 for pro wrestling shows.

You can check out a picture below showing the current ticket sales at MSG for RAW and SmackDown Live. As you can see they’re not even at all so obviously RAW is the hotter ticket, but WWE is still far from selling out either show let alone in 15 mins.