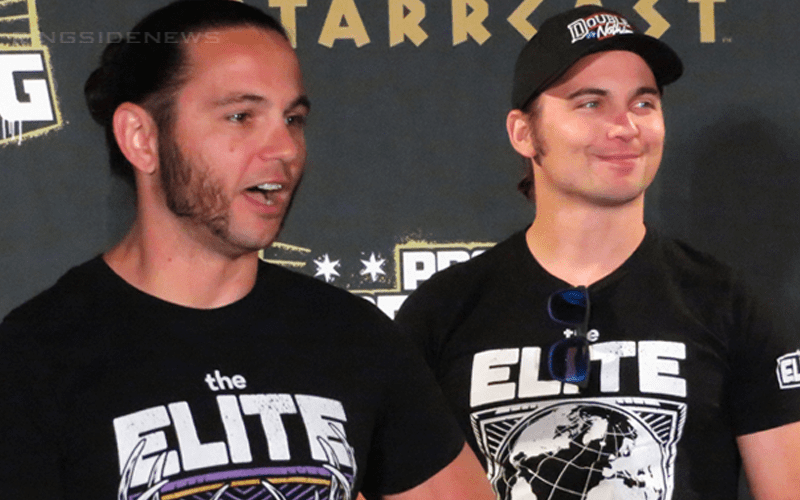 The Young Bucks are largely responsible for a lot of changes that have transpired in the world of pro wrestling recently. Along with Tony Khan and Cody Rhodes, they got AEW off the ground and when Kenny Omega joined the team it looks like they put everything together the way Khan wanted. This has been widely praised by fans, but some still might not be too happy about it.

Matt Jackson recently made a prophetic statement on Twitter. We’re not sure what prompted it, but if you think about it what he said makes a lot of sense.

We have & always will be a dirty word in the wrestling business.

The Young Bucks are fun to watch, but some still view them as a dirty word. This is just like dirty words themselves. Because while it might be a lot of fun to drop expletives all over the place, some people hate it. This is why we don’t go all-out with profanity on Ringside News as much as we might really want to at times.

AEW is doing something exciting and providing a real alternative for pro wrestling fans. That might not be everyone’s cup of tea for whatever reason which is okay. It also seems like Matt Jackson is alright with remaining a “dirty word” in the business because of it too, but that’s okay because some people really like dirty words.