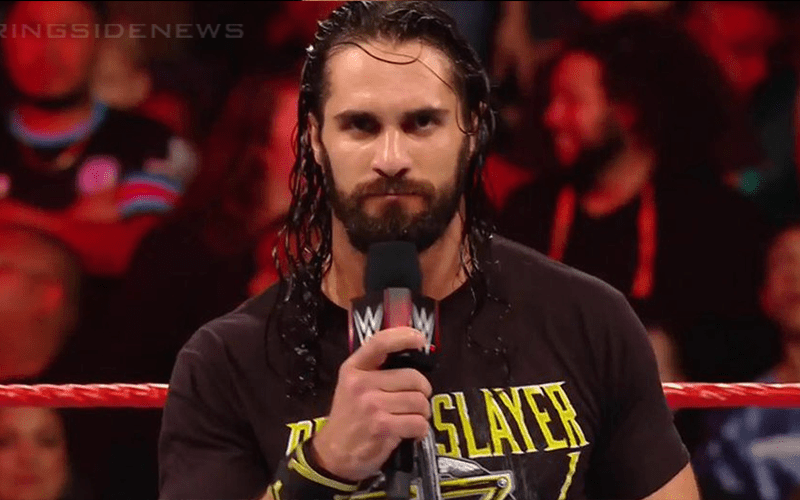 WWE’s brand extension meant that Raw and SmackDown were separated with definite brand lines. That is the reason why things got so exciting around Survivor Series when they promoted it as the only event where Raw and SmackDown Superstars collide. Now it happens on a weekly basis thanks to the Wild Card Rule.

While speaking to Newsweek, Seth Rollins addressed the Wild Card Rule. He said that the new rule really “muddled things up.” That is a very generous way to put it as the brand lines are more blurred than ever. However, once WWE moves SmackDown to Fox things could “tighten up” in that regard.

“Maybe? The Wild Card really muddled things up, to be honest with you. Now you’re seeing those guys every single week. It used to feel special when I see the New Day but now they’re eating pancakes backstage every chance they get on Monday and I’m not a fan of that. But no, it’s great that there’s so much talent across both brands. I think once you see the move to Fox it’s really going to tighten down as far as best Wild Card options and stuff like. It’s really cool to see things come together now and get these cool match ups you might not get in October or November.”

“RAW is my gig, man. SmackDown is fine, they have two hours. There are people on that show that need TV time. They have so many guys backstage that are starving to get the opportunity right now or they’re just sliding in on backstage vignettes or what have you. I’m not going to go over on their and take over segments every single week. They don’t need it they have a wealth of talent over there. Besides, I don’t want to deal with Shane McMahon more than I have to.”

The Wild Card Rule might not fly once the blue brand is on Fox. Because once they are on Fox, that network might not be too eager to feature Superstars who are also appearing on the USA Network. We will have to wait and see what happens, but things could get very interesting for WWE in the next few months.