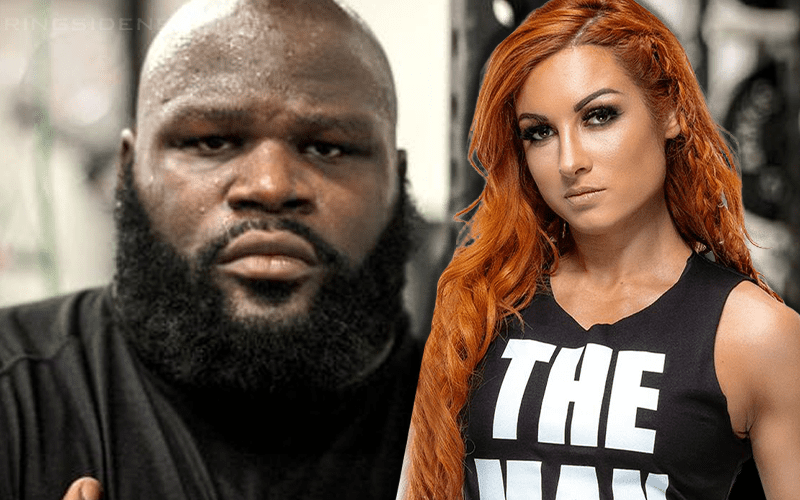 Becky Lynch’s transformation into The Man has been a great thing to watch on WWE television, however, some might not be too excited about where she is heading. Mark Henry recently made some comments about how Lynch is becoming a bit arrogant which caused some controversy.

Mark Henry recently opened up on Busted Open Radio about how Becky Lynch’s character has adopted a characteristic of arrogance. This prompted a reply from The Man where she explained that she only did what she said she was going to do. Therefore, since she did what she set out to accomplish, now she’s apparently arrogant.

A woman who told the world she was coming after the posters, the titles, the billboards and the headlines, and then DOES IT is “arrogant” now? I said it, I did it, and I backed it all up. Live with it.

Mark Henry saw this retort from The Man and replied in a series of tweets to back up his statements. It is no secret that Mark Henry has decades of pro wrestling knowledge under his belt and sought an education from some of the greatest minds in the business. So he might be on to something.

I said my truth as a fan and analyst ! I like to feel for my good guys and women! When they say what the bad guys and girls say it comes across as over confidence. Which in the real world makes you heel! I never said she was not over period.

I said the opposite, Jim Cornette, Danny Davis, Rip Rodgers, Tom Pritchard, Arn Anderson, Pat Patterson an many other Master psychologist have taught me to put the heel over and over come their dominance by surviving an out wrestle them.

Continuing thusly winning the crowd getting respect for persevering an doing it fair. That makes you the good guy or woman. I’ll take my lessons to the grave an will NEVER take advice from social media trolls. I am correct puppets LOSE!!!

Right now Becky Lynch is very proud of herself as she should be. Her Kill Bill ring attire made so much sense when she explained it too.

Lynch might now be Becky Two Belts anymore, but she is certainly on her way to becoming a legend in the business. The problem might be that she understands that all too well at this point.