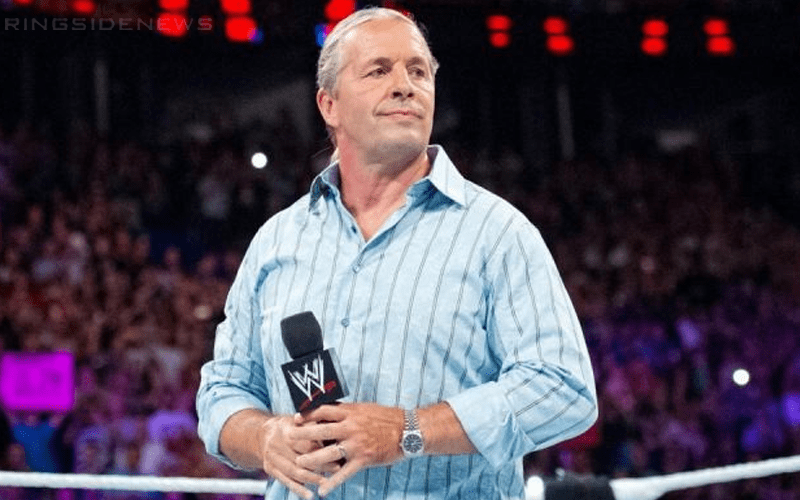 WWE is bringing in as many legends as they can to next week’s RAW Reunion show. However, Bret “Hitman” Hart will not be there. This might be a bit of a disappointment, but it is also incredibly interesting.

Figure Four Daily reports that Bret Hart will not be at the RAW Reunion show on Monday despite receiving an invitation. This is unfortunate for Natalya because The Hitman might have been able to provide her with some words of encouragement before her big match against Becky Lynch at Summerslam.

The reasoning that Hart gave for turning down this invitation is not known at this time. It should be noted that Bret Hart’s last notable appearance was at AEW’s Double Or Nothing event where he unveiled the brand new AEW World Title during the show.

The RAW Reunion special will still be a loaded show full of legends and familiar faces. Just don’t expect Natalya’s uncle Bret to show up.