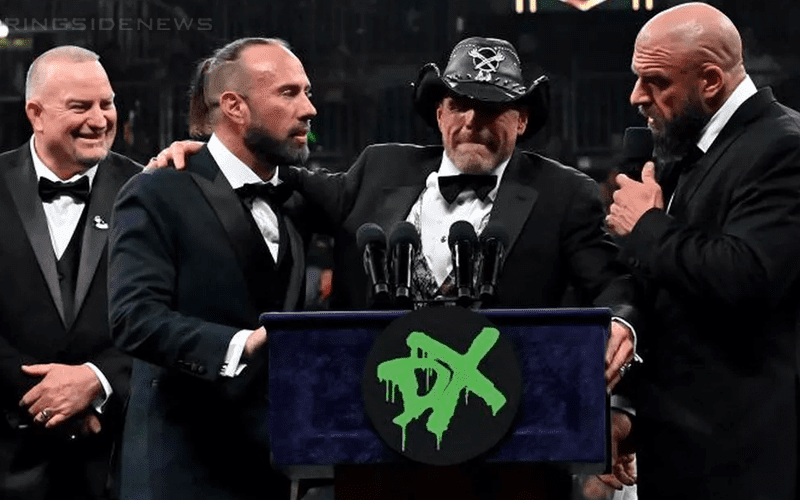 WWE is going to load this Monday’s show with legends and D-Generation X will be represented. Triple H would have probably been there anyway as WWE’s COO, but Shawn Michaels will also be there. In fact, HBK is also sticking around the next night for SmackDown Live commentary. However, WWE is planning a much bigger deal than just Triple H and HBK.

The company is running advertisements in the Tampa market for the RAW Reunion special. They heavily feature DX returning with Triple H, Shawn Michaels, X-Pac, and Road Dogg. Obviously, Billy Gunn would be there, but he’s currently a coach for AEW so he’s probably not going to be in the building.

WWE is obviously planning something notable for DX because they are also selling a new DX RAW Reunion t-shirt. You can check that design out below.

This Monday’s RAW should be a pretty epic show, but hopefully, they will also be able to convince whatever extra audience they bring in to come back next week.