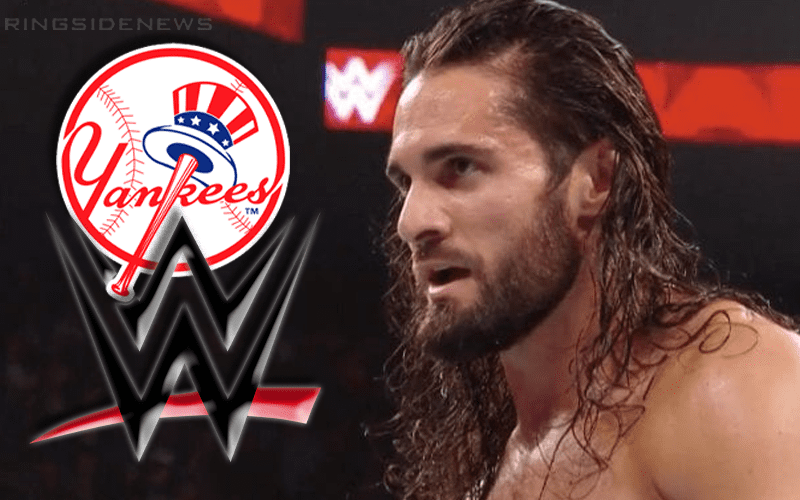 WWE is the biggest pro wrestling company on the planet and that doesn’t come without a bit of resentment from everyone who isn’t on top. They are seen as a juggernaut and fans constantly talk about what it would take to bring to company down. Seth Rollins is well aware of this.

While speaking to Yahoo Sports, Seth Rollins compared WWE to another franchise that people generally hate if they’re not passionate fans: The New York Yankees. They are the top dog in their fields much like the New England Patriots as well and some people outright hate them. However, that doesn’t change the fact that they are on top for a reason.

“We’re the New York Yankees. It’s easy to hate the New England Patriots. We’re those teams, we’re the dynasty. It’s easy to hate us, but we’re still the most popular company in the world at what we do. We’re so far beyond being a wrestling company that it’s very easy to point the finger and hate on us. That’s the cool thing to do, it makes perfect sense to me, it’s how it’s always been in sports and entertainment, you always hate the big guy. It’s fine, I’m not upset about it at all.

“I just want people to understand and appreciate the things we go through and the fact that we’re always trying to do our best. Nobody is taking it easy, nobody is just getting by. Everybody from top to bottom, every department in the entire company is putting in as much work as they possibly can to make this the best.”

WWE really doesn’t have a war with AEW. In fact, WWE doesn’t even want to acknowledge that AEW is competition. However, that doesn’t change the fact that they are still both pro wrestling companies.

Perhaps we will start to see some serious shots fired eventually, but WWE is likely going to keep on with business as usual regardless. They are a billion dollar company with a global reach. However, just because their #1 doesn’t mean WWE is the bad guys.