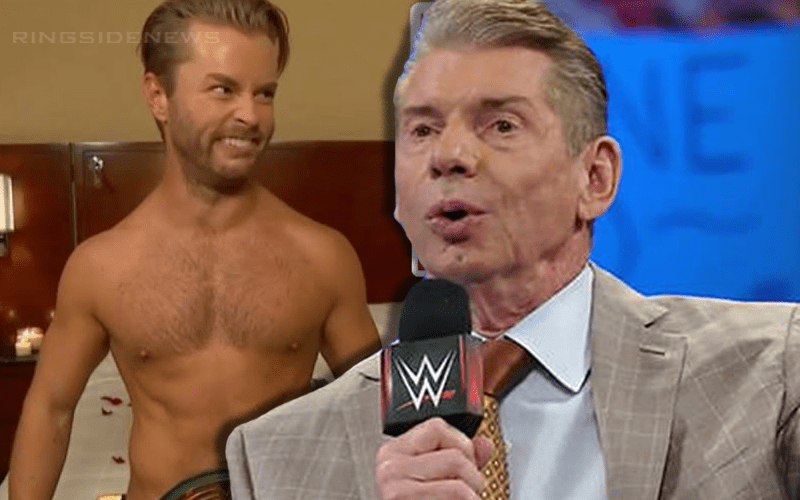 Drake Maverick’s hunt for the WWE 24/7 Title will continue on television as he chases R-Truth. That title has really become all about Truth and Maverick at this point with Carmella and Renee Michelle playing great supporting roles.

One source reportedly told Wrestling News that Vince McMahon is a fan of Drake Maverick’s work and there is a very good reason why. Because the former manager of AOP is not one to complain at all and he gets the joke.

“Vince loves everything he’s doing because [Drake] is funny and he’s not afraid to be the butt of a joke and Vince will get behind someone like him. He’s also not a complainer.”

Some WWE Superstars might have had an issue with some of the things that Drake Maverick has been more than game to do. His wedding was crashed, his honeymoon was spoiled, and then R-Truth pinned him on a hotel bed with his wife ready to consummate their marriage.

Obviously, Drake Maverick gets the joke. We just wonder how long it will be until Drake, Renee Michelle, and the WWE 24/7 Title can finally consummate their holy union.