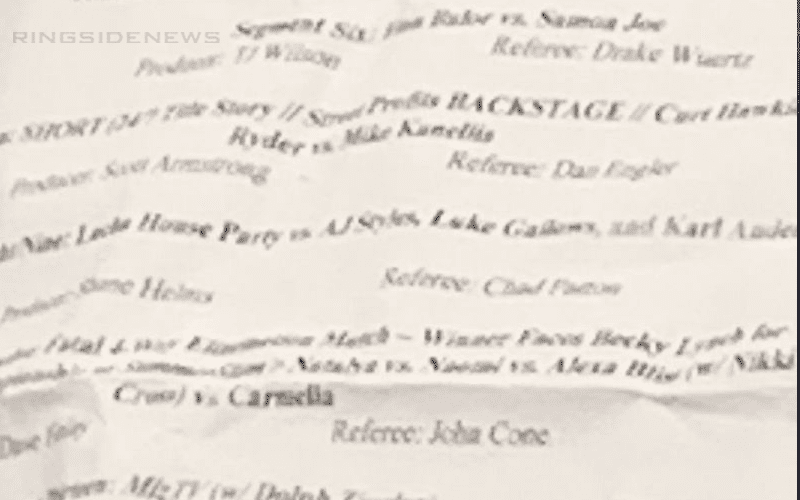 WWE passes out production sheets backstage and apparently, there are employees who get them that “accidentally” snap a picture of them. Then if that pic happens to end up floating around on some IWC message board it’s not their fault, right?

RAW’s production sheet from last night has leaked. It was a mixed bag of a show. Of course, the pop of the night was Bray Wyatt’s return, but there were also plenty of matches. Now thanks to this production sheet we know who to thank (or blame) for them.

The production sheet lists the following matches and their producers from last night’s show in Long Island:

WWE likes to have as many people working on different segments as possible to divvy out the responsibilities. It looks like they did a pretty good job of that last night.

Another interesting note is that no producer or writer was listed under the 24/7 Title hotel segment. As of this writing only one page of the sheet has leaked.