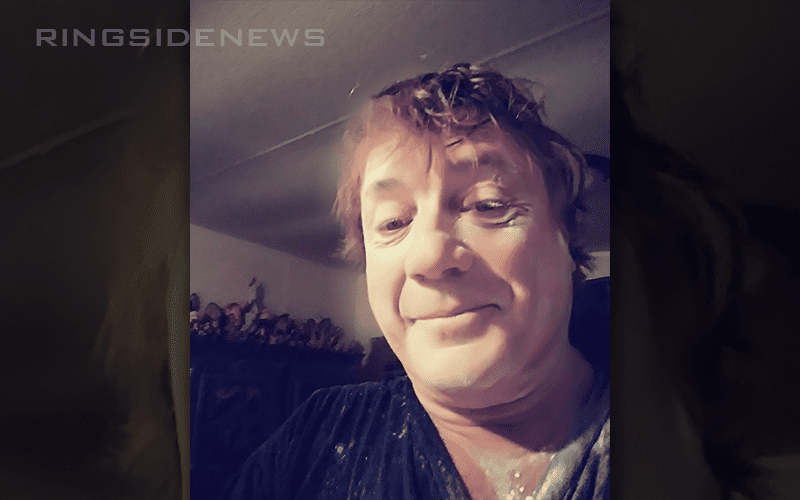 Marty Jannetty’s pro wrestling career has spanned over three decades. He has worked for some of the greatest promoters of all time and been in some incredible spotlights. Today he posted a selfie with what appears to be cocaine all over himself.

Jannetty has sent out his fair share of concerning Facebook posts before, but this one is quite upsetting.

We’re not saying that Marty Jannetty looks like he’s on cocaine — because we’re not saying that we know what people on cocaine look like — but, he was talking about coke and his shirt was covered in white powder. We’re just going to assume he’s trolling us to keep his legend going at this point because this is one massive cry for help if it’s not.

“Ive not done of cocaine in over an hour. this is probbly why Bianca doesnyt loves me… I Loves you Bianca..daddy is f*ck uk.. But sure loves you.. I promises to do better.”

Hopefully, Marty Jannetty does do better. Because posting a picture of himself with what appears to be coke all over his chest is not a good idea.

He had the picture up for 3 1/2 hours before deleting it. Lucky for us that Cassidy Haynes of Bodyslam.net took a screencap and he decided to send it along. So, thanks for that.

In other Marty Jannetty news it looks like he really pissed off his cat.

Thanks again to Cassidy Haynes of Bodyslam.net for passing this one along