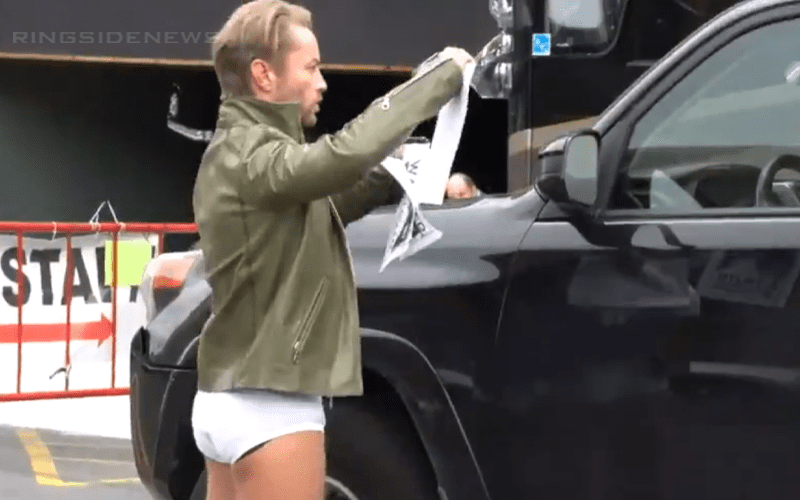 Drake Maverick lost the WWE 24/7 Title just before he was finally about to consummate his marriage with his real-life wife Renee Michelle. It was really bad timing to have room service delivered because R-Truth was hiding in the cart and the bellhop turned out to be a WWE referee.

Maverick hopped out of bed after he was pinned and took off after R-Truth. Now Drake is still on the hunt and wearing the same clothes… minus pants.

This only makes sense because Maverick was in a very big hurry. Apparently, his wife didn’t feel the need to deliver his pants to the print shop where Maverick had to make new 24/7 Title wanted posters.

The best part of this entire video is the fact that Big E pulls up as Drake is walking into the parking garage without any shoes on. The disapproving look on Big E’s face says it all.

You can check out the clip below. Let’s hope that Drake Maverick didn’t pick up a ticket for indecent exposure for pulling off this bit of rogue film-making.