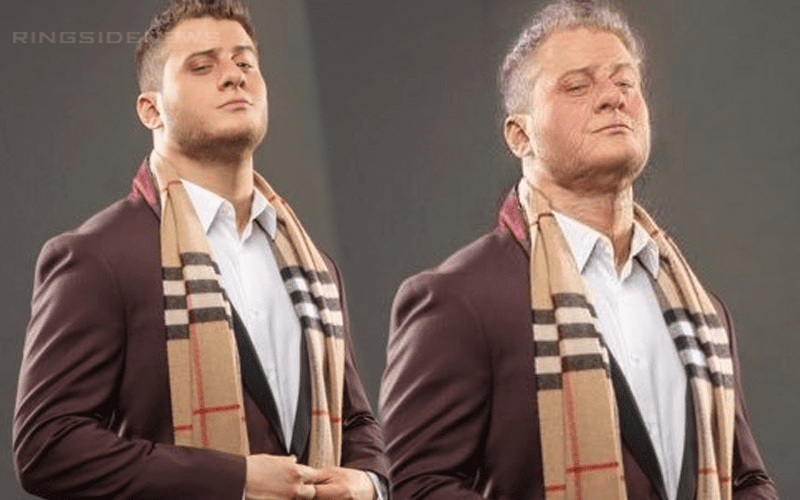 There is a trend that has gone viral where people are putting their faces and anyone’s face through a generator to age them. MJF doesn’t have time for that.

In fact, Maxwell Jacob Friedman tweeted out that anyone wishing to put his face through that generator is going to be on his own personal list. In all honesty, it sounds like he would love to see how he will look as an old man. His feelings might be hurt a little bit by being left out of all the wrestlers who are having fans do this for them.

If I see one more “funny” photo of someone making themselves look old I’m going to go ballistic.

However If you really feel the need to know what it’s like to fast forward through life, I have a way funnier way to do it!

Jump in front of a car

MJF also included a smiling emoji to illustrate how happy he was to tell fans that they can jump in front of a speeding car.

We’re guessing it won’t be long until his mentions are flooded with fans sending out their own version of what the Salt Of The Earth will look like when he’s eighty.

Just in case you were wondering what he’ll look like as an old MJF, just check out some of these great pictures below.