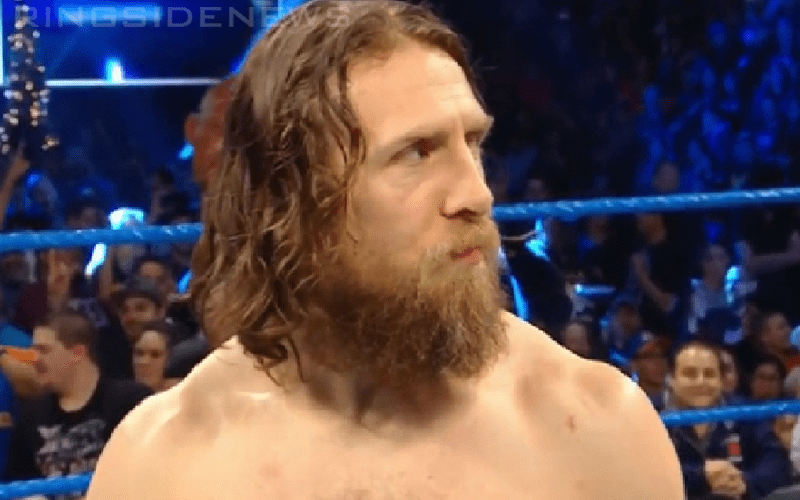 Daniel Bryan was not happy about losing the SmackDown Tag Team Titles at Extreme Rules. This caused him to kind of lose it backstage in an interview. Now we could be getting a big change.

WWE has confirmed that Daniel Bryan will be on tonight’s SmackDown Like where he will have a career-altering announcement. We’ll have to wait and see what he says, but some have speculated that Bryan could be returning to his previous direction as a singles performer.

In the aftermath of the interview, WWE.com has learned that Bryan plans on making a career-altering announcement tonight on SmackDown LIVE. Bryan has promised that this will change the course of his career and shake SmackDown LIVE to its core. Just what exactly does Bryan have planned?

Daniel Bryan was never supposed to be in a tag team anyway. He was set to be a singles star and a top heel, but he was injured at WrestleMania. WWE wasn’t certain about how bad Bryan’s injury was so they turned Kevin Owens heel and made him face Kofi Kingston. In that amount of time, Bryan was able to come back and they placed him with Rowan as SmackDown Tag Team Champions.

Now that Bryan is no longer in an official tag team, it’s anyone’s guess who could be his next target or what he could possibly say tonight.