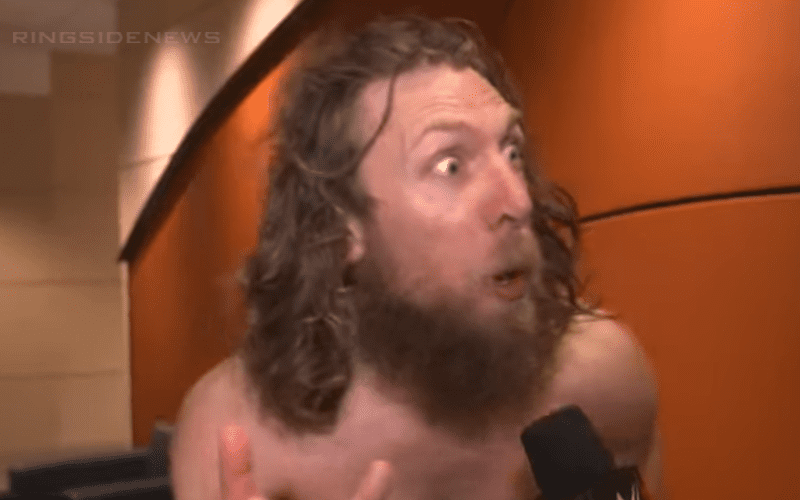 Daniel Bryan wanted to be the Planet’s Champion, but he lost the SmackDown Tag Team Titles to The New Day at WWE Extreme Rules. He was not happy about this whatsoever after his match was over.

Bryan said he had a dream that he would elevate the tag team division, but he failed. He said he tried to take all these jokers to the main event of WrestleMania, but he failed. Then he took a second to take a breath before saying he doesn’t think it was him that failed.

Daniel Bryan said that he wasn’t the one who failed because he tried to elevate a tag team division that is “unelevatable.” Then he said if he wants to change the planet he has to aim higher and go where Daniel Bryan has never gone before.

This was certainly an intense promo as he started out speaking in first-person and then transitioned into the third person. Let’s just see what is next for Bryan, but he might have just lost it at this point.