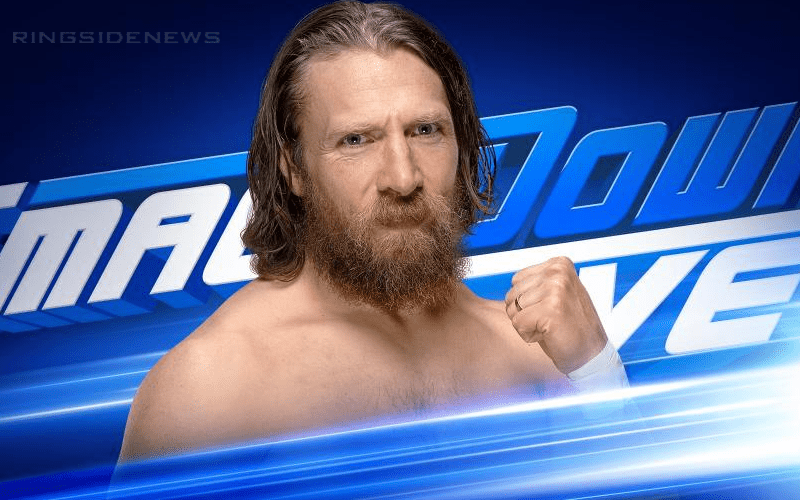 Shane McMahon is hosting a big Town Hall so that should be fun. Every SmackDown Superstar is supposed to be there. Let’s see if Kevin Owens crashes his party.

Daniel Bryan is slated to make a career-altering announcement tonight as well. It has nothing to do with him retiring, but the story is certainly changing for Bryan.

The Kabuki Warriors will have a chance to take the WWE Women’s Tag Team Titles off of The IIconics. Let’s just see how that one turns out. With Royce and Kay being exceptional heels they might be able to slip away once again.

Also, Ember Moon is going to see if she has a friend who can help her face Mandy Rose and Sonya Deville.

They started off with a video package about Kevin Owens and Shane McMahon’s angle from last week’s show.

They showed Shane McMahon from earlier today. Shane was with some “security” and he was instructing them to help with KO. Then Owens came in and Shane talked about the Town Hall and said he will listen to any Superstars, but KO needs to be respectful.

Owens said he works for WWE and not Shane. Then Shane said he’s part of the McMahon family so he’s Kevin’s boss. Then he gave him the night off. The crowd booed as Owens left.

The entire blue brand roster was on the entrance including Liv Morgan who finally found herself on SmackDown.

McMahon said he’s welcome to listen to anything people have to say as long as they’re respectful. He asked who would like to go first and nobody moved until Roman Reigns finally took the mic.

Roman said nobody respect him and “as far as diplomacy, you can kiss my ass.” Shane then said he was fining Roman and he’ll deal with him later. Then Shane invited Charlotte Flair to the mic.

Flair started kissing up to Shane and said “thank you” from one family to another. She said that the McMahon family has been gracious to her since the day she was born.

Then Liv Morgan walked up to the other mic and asked Charlotte to quit being a phony and asked if there is anything real about her. Flair asked Morgan if she even works there until KO “belched” it out of his mouth last week. Morgan started saying it’s because people like her that she’s not on television and they cut her off.

Then Buddy Murphy was invited to the mic and he said he didn’t need KO to fight his battles. He said Owens needs to keep his name out of his mouth or he’ll slap it out. Then Shane invited Apollo Crews to the mic.

Then Crews said everyone including himself agrees with what KO said. Zelina said her and Andrade don’t appreciate what Apollo is doing by kissing up to the fans. This was like a good high school play.

Okay, then Elias strummed something on his guitar and said he’s not Kevin Owens. Then Woods cut him off and the New Day made fun of him and called him “the greatest jackass in SmackDown live history.” Shane said to keep it clean.

Kofi said he doesn’t like KO because “the north remembers,” but he brought up how long it took him to get an opportunity. Then Kofi said that Shane isn’t giving other people opportunities and then his mic got cut off.

Cesaro got another live mic and he said as a Wild Card he’s here to challenge Aleister Black to “pick…a fight… with me.” Why do they have to say it like that? It’s not cool. It really isn’t. Anyway, Shane granted that match.

Then Kevin Owens snuck in and hit Shane with a KO Stunner before running back through the crowd.

This Extreme Rules rematch started with some stiff uppercuts from Cesaro that were returned by a knee from Black. Then he did his taunting flip sit-down deal and they went to commercial break.

They continued fighting and Black eventually landed a couple heavy kicks that brought Cesaro down followed by a Black Mass for the win.

Dolph Ziggler told Shane McMahon that someone needs to teach Kevin Owens a lesson. He wants a match with KO and Shane said he’s already long gone. Ziggler said he’ll call him and make their match the main event of the entire show.

Flair shoved Liv down immediately. Then Morgan dodged Clair by doing a Matrix back bend and then Morgan had a fury of forearms and a rana. Then Flair hit a back elbow that took Liv down and she used the ropes to stretch her.

Morgan came back with a step-up kick to the head and a stomp to the back of the neck for a two count. Then Morgan went for another rana and Flair caught her for a powerbomb and then she locked on the Figure 8 for the submission victory.

Morgan wasn’t happy and then she grabbed Corey’s headset before saying “Charlotte was right and when I come back I’m gonna be real.”

Bayley was Moon’s mystery partner who started off the match on top before tagging in Ember who hit an Eclipse on Rose as Bayley hit a Bayley To Bayley.

Then Moon got the pin. It was seriously over that fast.

Kayla Braxton asked Bayley who her next challenger will be at Summerslam. Bayley said she wants to face someone who will elevate the women’s division. She took some time to consider who she wants to face before turning to Ember Moon.

Then Braxton asked her “what do you say?” Ember said “hell yeah!” So that’s a match apparently. Todd Phillips made a point to say it’s NOT official yet.