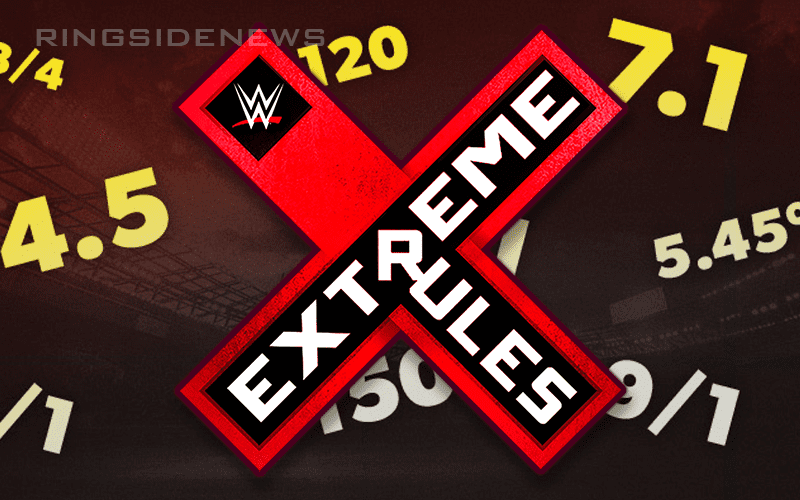 WWE’s Extreme Rules PPV is in the books and it was a less than memorable event based on the reactions from fans and critics. Despite the “surprise” of Brock Lesnar cashing in his contract and winning the Universal Title for the third time, the general perception is that Extreme Rules was extremely predictable. One indicator of predictability is when there are very few upsets on a show. By time Extreme Rules had concluded, there were only two betting upsets. The rest of the card ended with the favorites winning their matches as predicted by fans and WWE betting sites.

The two matches that ended in upsets also happened to be two of the bouts that WWE fans have praised the most: the U.S. Title match and the SmackDown triple threat tag-team match.

In the U.S. Title match, AJ Styles pulled off the betting upset after being listed as a +110 underdog. The champ, Ricochet, was a -150 favorite. Styles, with the support of Gallows and Anderson, won the match by hitting a top rope Styles Clash to capture the United States belt for the third time. If you bet $100 on Styles then you would’ve won $110 dollars.

The other betting upset on the show saw The New Day capture the SmackDown tag-team belts for the 4th time, which boosted their overall belt count to six tag title championships. The New Day was the biggest underdog of the match at +300 odds. A $100 bet would’ve netted you a cool $300 dollars. The New Day defeated Heavy Machinery who was a +175 underdog and the former champs Bryan and Rowan who were the favorites at -160.

Shinsuke Nakamura’s victory over Finn Balor on the Kickoff Show was also an upset according to the WWE Universe, but most WWE betting sites didn’t list odds for this match due to WWE’s last minute booking.